Red peas on the radar of JAS task force 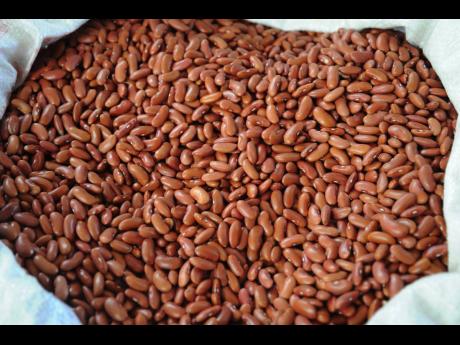 With the nation’s food import bill now at US$900 million, the Jamaica Agricultural Society (JAS) has been asked by the Ministry of Agriculture and Fisheries to establish a task force to come up with ways to improve local production, so as to reduce the country’s reliance on imported food.

According to JAS Vice-President Denton Alvaranga, theament. The emphasis will be on the planting of red peas. This legume attracts special attention because 80 per cent of red peas consumed in Jamaica is imported,” Alvaranga told The Gleaner.

In fact, to ensure that all stakeholders are up to speed on the plan, Alvaranga said a meeting of stakeholders from the agriculture ministry and the JAS has been tasked to provide the Ministry of Agriculture with a document outlining the areas that will be addressed and the steps that will be taken to boost local production.

“The JAS has been mandated to establish a task force to present a document to the minister (Floyd Green) to include in his Budget presentation in Parliduled for today at Bodles Research Centre in St Catherine. Persons attending the meeting will include members of the Research and Development Department of the JAS.

“Among the items on the agenda will be the putting together of a document for funding of a national legumes programme. We will also be discussing how to get farmers to regard the planting of red peas as a companion crop. It does well when planted alongside corn and Irish potato,” said Alvaranga, in pointing the spotlight on the attention to be given to legumes.

“Gungo peas is another legume which farmers will be encouraged to plant,” continued Alvaranga. “There might be reluctance from farmers to plant gungo peas on a wide scale because of the seasonal way the variety in Jamaica is grown. There is a variety in Trinidad which grows all year round. Once we can bring in planting material free of pests and disease, we will go down that road.”

JAS President Lenworth Fulton, who is currently on sick leave, was elated when he was contacted about the decision to establish a national legumes programme.

“This should have happened 10 or more years ago,” said Fulton. “It is not only an effort to reduce the national import bill, but it has the potential to benefit farmers not only financially, but also in terms of what impact the crop will have on the soil. Legumes will help to replace nitrogen in the soil,” he added.

When contacted, Green said he was not yet ready to offer any public statement on the matter, albeit that it is expected to figure in his Budget presentation.

“I am not ready to make a comment at this time,” he told The Gleaner.