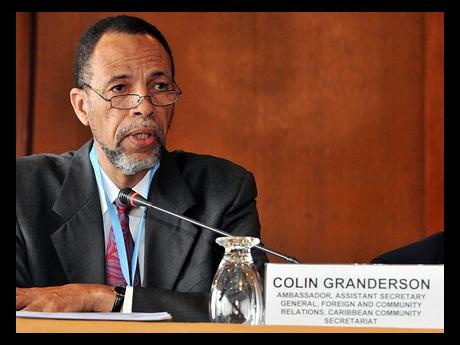 PORT OF SPAIN, Trinidad, CMC – CARICOM leaders have called on Haitian President, Jovenel Moise, to hold presidential elections “as soon as possible”, in keeping with the constitution of the country.

Trinidad and Tobago's Prime Minister, Dr. Keith Rowley, who chaired a virtual two day meeting of regional leaders, said that they had received a report from President Moise on the situation in the country.

“One of the decisions we took today was to have our Ambassador, Colin Granderson (CARICOM’s Assistant Secretary-General for Foreign and Community Relations), do a report on the situation in Haiti, which would allow us to compare what we were told by President (Moise).”

Rowley said that a “very clear and firm statement would be coming out” adding, “we are urging Haiti to ….hold the elections as soon as possible in keeping with the constitution of Haiti".

“Some of the difficulties have to do with the interpretation as to what the Constitution says or does and I think that adjudication is where the intervention of assisting international bodies and international partners would help Haiti along the way, to get to the position of having the elections held without further disturbance and instability,” Rowley said.

Earlier this month, Haitian government authorities said they foiled an attempt to overthrow President Moise, whom the opposition parties have said is remaining in office beyond his five-year mandate.

“I thank my head of security at the palace. The goal of these people was to make an attempt on my life,” said Moise, adding “that plan was aborted.”

Justice Minister Rockefeller Vincent spoke of an attempted coup d’etat, while authorities said 23 people had been arrested, including a Supreme Court judge and senior police official.

Moise, who has been governing without any checks on his power for the past year, has insisted his term ends on February 7, next year, an interpretation of the country’s constitution that has been rejected by the opposition.

Moise was voted into office in a 2015 poll,which was later cancelled on grounds of fraud, and then elected again a year later, in 2016. But Moise was only sworn into office on February 7, 2017, and he and his supporters say that since his mandate only began on that date, it ends in 2022.

Haiti’s electoral council postponed legislative elections indefinitely in October 2019 and Moise has been ruling by decree since January 2020, when the legislature’s mandate expired.

The Haitian Bar Federation in a statement said that “the provisional Electoral Council unilaterally appointed by President Jovenel Moise has no legitimacy to organise the next elections”.

Opposition parties have been staging protests calling for Moise’s  removal, and earlier this month CARICOM issued a statement expressing concern about the developments surrounding the attempted coup to remove Moise from office.

CARICOM said that it is monitoring the situation very closely and is urging “all stakeholders to be guided by the Constitution, respect for the rule of law and the electoral process and in that regard is heartened by the fact that an electoral timetable has been set.”

“The Community is also deeply anguished about the security situation including the actions of armed gangs which threaten the maintenance of law and order in the country and disrupt the lives and livelihoods of its citizens.”