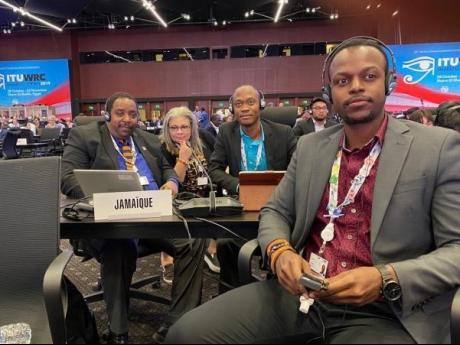 Managing Director of the Spectrum Management Authority, Dr Maria Myers-Hamilton, says the Request for Proposal for licence in the 700 MHz spectrum (Band 13) has garnered global interest.

The document was published on February 9.

Myers-Hamilton told JIS News that through this band “we are trying to achieve increased competition in the mobile (telecommunication) space but most importantly, bring coverage to the unserved and the underserved citizens.”

“The 700 MHz band is important because it has a wider reach and it is more penetrative, so we thought it best to tap into it now during the pandemic because of the higher demand for bandwidth,” she noted.

Myers-Hamilton said that while broadband connectivity in Jamaica is being met through fibre-optic cables, there are communities that do not benefit from this type of service due to the topography of the land.

As such, the Ministry of Science, Energy and Technology, through the authority, found it appropriate to invite industry players to apply for the 700 MHz spectrum band licence.

“While not restricted to telecommunication providers, we expect to see primary interest from the telecommunication industry. Once all bidders have satisfied the criteria for proposals, a recommendation will be made by the SMA to Portfolio Minister, Daryl Vaz, who will grant a licence for the 700 MHz band to the most eligible entity,” Myers-Hamilton told JIS News.

She said that the licence is valid for 15 years and the spectrum is owned by the Government and people of Jamaica.

All documents can be found on the SMA’s website, www.sma.gov.jm under the title ‘Request for Proposal (700 MHz)’.

Myers-Hamilton is advising interested persons to pay special attention to the amendments.