The Church still has power! – Part 2 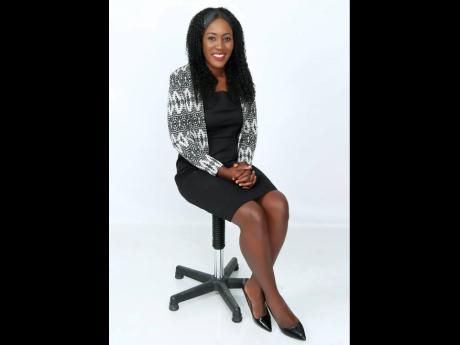 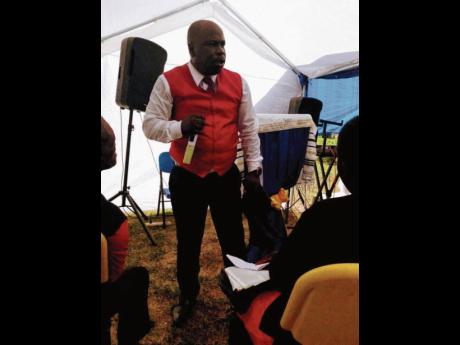 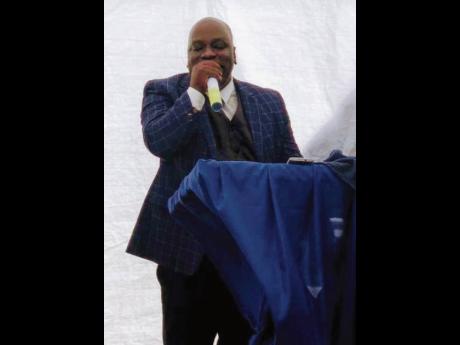 Last week, Camara Kwesi Rowe, senior pastor of Living Remnant Apostolic Church in St Elizabeth, weighed in on the charges made by Shanika Sutton, operator of a deliverance and prophetic ministry, who told Family and Religion that the killing of Andrea Lowe-Garwood at a church in Trelawny could only have happened because the Church has lost its power. This week, Pastor Rowe concludes his defence of the Church’s power.

Rowe said there is always a greater picture ... all wrapped up in God’s design. So rather than just focusing on the evil act that claimed the life of a woman inside the sacred walls of a sanctuary, consideration should be given to her family and friends in regard to being sensitive to their needs in this their time of grief.

Rowe also said it is very important to consider that God may have a bigger plan in drawing someone, a few, or even many to Him because of this one situation.

The devil, too, he warned, has a design, but that is to humiliate the Church of the Living God.

“Apart from the fact that bad things do sometimes happen to good people, of which the Church is not immune, we are confident that God is able to tip the balance, if he so desires, since it is no different from the sufferings of the early Church where men were murdered in the vicinity of the temple and the altar (Matthew 23: 35). As with the early Church, persecutions are inevitable, as is death, which is appointed to every man.

“We who call ourselves Christians must be taught that once we become a follower of Christ, we automatically become targets, and it is likely that the entity that tested Job will be the same entity to throw darts (obstacles) at us, which is the reason we are encouraged to put on the whole armour of God that we may be able to stand against the devil’s wiles (Ephesians 6:11-13),” Rowe said.

Christians, he noted, must know that the Bible literally laid out the plans of the enemy (John 10:10), and in some cases he will be allowed to succeed for a greater good! But at no time will he succeed before God’s divine purpose is manifested.

Debunking the belief that many Christian sometimes harbour, and one which is often perpetrated by a small group in the Church, that they will always have life “peachy”, Rowe noted that many do not want to face persecution, tribulation or bad times.

However, he said that the reality of our walk is that we MUST face difficult times, and that it is a must to be tested and tried as well as undergo similar situations that the very prophets of old and Jesus Christ Himself had endured.

“We will have to, in some cases, make a hasty retreat from ‘Jezebel’, and perhaps, in some cases, run like Jesus did from the Sanhedrin Council until the purpose we are created to achieve comes to pass. This running, however, is not out of fear but wisdom, having discerned which battles we fight. We can rest assured there will be battles that we will have to stand and fight (not physical), but in the end, we will emerge victors, although we may have bruises and scars (spiritual) to deal with,” Rowe pointed out.

Rowe said, irrespective of the power that we have as the Church of God, and the number of prayer intercessors we have battling with us, it is imperative that as Christians we must endure tests and persecution with the perfect example of this being Jesus himself, who, after being baptised, was led “straightway into the wilderness to be tested of the devil”. (Mark 1:10).

Acknowledging the thoughts of some that God should have somehow blocked the horrendous killing in order to save the Church from humiliation, or to prove that he really exists, Rowe said he can understand all those thoughts that come to mind. However, he shared that he will still hold to the word of God which cannot be changed and is still a source of comfort.

Rowe believes that the substratum of the Christians’ faith remains in the fact that they serve a risen God and that He conquered death.

Christians can therefore remain hopeful and smile at the pulchritude of him conquering death.

“This one event in the history of Christ ascending from the grave teaches us that we, too, will conquer death, because we have a greater life to come that far exceeds this life we presently seek to hold on to, and that’s where the power lies in the Church of God. Death, in whatever form or place, does not shake us because it will lose its sting,” said Rowe, in highlighting 2 Corinthians 4:8 – We are hard-pressed on every side but not crushed, we are perplexed but not in despair – which he said provides all the hope a Christian needs in this dismal and cruel world.