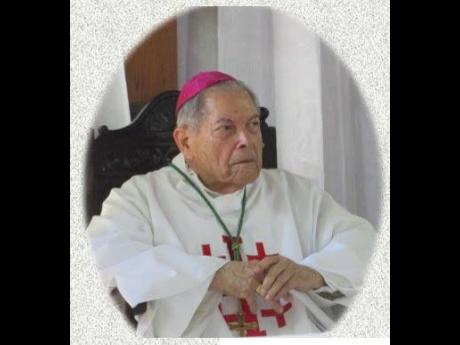 “And for their sakes I consecrate myself,

What does it mean for Jesus to consecrate Himself? Used in the Bible it would mean “I consecrate myself to God in immolation; I sanctify (vow) myself to God by total renunciation of myself.” Christ began His human existence by sharing with man that existence which Scripture calls existence according to the flesh.

His parents took Him to the Temple to fulfil that law which says: “Consecrate to me all the firstborn …” (Ex 13:2) and “Every firstborn male among your children you shall redeem” (Ex 13:13). There is no mention that Christ was “redeemed”; He is merely “presented” or offered in a way that sacrifices in the temple were offered. He was consecrated, given back to God. He was personally handed over to God while Simeon and Anna declared He is the Saviour for all people; His path will not be triumphalistic; He goes the way of suffering and martyrdom.

There are two major clues which indicate that Jesus was consecrated at His baptism: the Holy Spirit and the declaration from heaven. While at prayer, the heavens opened and the Spirit descended upon Him followed by the revelation: “You are my Son, the Beloved; with You I am well pleased” (Lk 3:22) What He had been since His infancy is now dramatised at the baptism of the adult Jesus. Endowed with the power of God’s Spirit and commissioned as God’s Son, He is the beginning of God’s new people. “The Spirit of the Lord is upon Me … He has sent Me …” (cf Lk 4:18-19). Jesus is consecrated to gather folk into that new people.

Death “to the world” takes place in Christ simultaneously with God’s action in raising Him divinely. The Redemption is in Him as something happening now, in the moment of its taking place, and is at the disposal of all mankind in Christ: “And being consummated (in His death and glory) He became, to all who obey Him, the source of eternal salvation” (Heb 5:9).

“That they also may be consecrated in truth.” Now Christ is dead to the flesh and its limitations, He communicates Himself, enters within men’s hearts, draws them towards Him and contains them within Him. Having gone up to the Father by the ladder of the Cross, Christ draws all men to Himself, and, in Him takes them up, by their sharing in His own death, to the bosom of the Father. Christ has become the Church; the multitude of mankind has become the body of Christ, in which is salvation.

At baptism, Christians are consecrated to God in Christ. They become one body with Him and participate in His death and resurrection by all their renunciations, by faith, charity and hope and obedience to God. All the lesser deaths of everyday are consummated, and they complete their death with Christ (cf 2 Tim 2:11) “out of this world towards God”. Baptism does not remove us from struggle and temptation; the Holy Spirit, who inspires the baptised, draws us to sorrow for sin and to deepened faith in the Good News of God’s Kingdom.