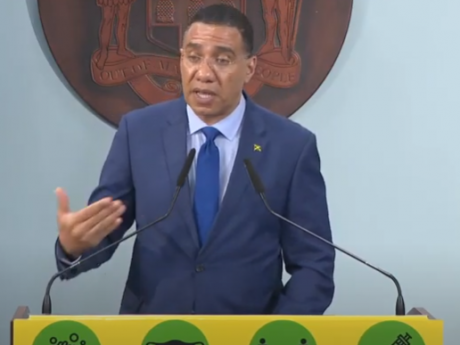 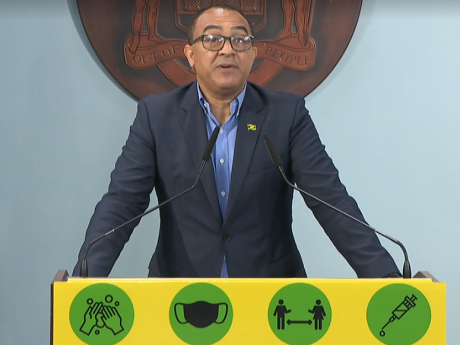 Prime Minister Andrew Holness has promised that the government will be maintaining a transparent and efficient COVID-19 vaccination programme that will prioritise those most vulnerable to the infectious and deadly disease.

The first doses of vaccines are to arrive this week and a further breakdown of the vaccination programme is to be outlined then.

"We would like the public to be assured that at our cabinet meeting last night we settled on some fundamental principles, as to how the vaccines will be delivered," he said during this afternoon's hybrid press briefing from Jamaica House.

"Principle number one is that the vaccines must be delivered on a basis of equity, meaning that those who need it the most- those who are most vulnerable- those are the persons who should receive it first," he said.

He insisted that there will be 'no skipping the line' and warned public officials, including ministers, not to interfere in the schedule of the roll out.

"Nobody must call any minister or any political figure to jump the line for vaccination. The public must be assured that there is no favouritism in vaccination," he warned, pointing out that there will be consequences for those who fail to abide.

The prime minister said to maintain an efficient roll out, the government will not be pressing persons who refuse the vaccine.

"Second principle is efficiency. If we offer you the vaccine and you don't take it, then we will move to the next person, because we can't leave it there waiting on you.The vaccine will spoil on us. We'll lose the money," he said.

The bilateral talks and negotiations on the vaccine supplies are being led by Minister of Health and Wellness, Dr Christopher Tufton and Minister of Foreign Affairs and Foreign Trade, Kamina Johnson Smith, who both spoke at this afternoon's  briefing.

Outlining the programme, Tufton revealed that the 50,000 doses of vaccines gifted by India are to arrive on or before Thursday, March 4. He said an additional shipment of some 14,400 doses of the Oxford University AstraZeneca vaccine is also expected to arrive on or before March 11 under the United Nations-backed COVAX facility. The vaccines will arrive from Amsterdam in the Netherlands.

"This supply represents a first instalment of a total allocation of some 124,800 doses of vaccine under the COVAX arrangement in the first instance," said Tufton. A total of 900,000 are to be received under the facility by May to inoculate 450,000 people. Each person is to receive two doses of vaccine.

He added that the country had secured a further 1.8 million doses of vaccines under the African Medical Supply platform through CARICOM. The shipment is to begin in April.

"The mandate is to source and supply some 3.5 million doses of vaccine by March 2021 to apply to approximately 65 per cent of the Jamaican population," Tufton said.

The vaccination programme is to commence with healthcare workers, government officials, the elderly- those 60 years and over; the Jamaica Defence Force, the Jamaica Constabulary Force, the Jamaica Fire Brigade, the Passport Citizenship and Immigration Agency and persons working in the nation's primary and secondary schools, as well as early childhood institutions.

"Our target is some 65 per cent of that group and based on the information that we have- again it's further justification for what we've been saying all along that there is still a lot of work to be done to get Jamaicans to appreciate the value of the vaccine and then taking the vaccine," Tufton said.

He said achieving a percentage of 65 to 70 per cent would allow the country to attain herd immunity.

The full details of the vaccination programme will be disclosed during the health ministry's press briefing on Thursday, the same day the first shipment of doses should arrive.

Tufton said some 75 facilities have been identified across the country to administer the vaccines, and more than 550 healthcare workers have been trained.