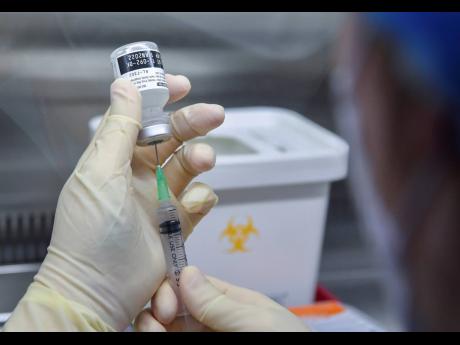 AstraZeneca’s vaccine is currently a vital part of COVAX, accounting for almost all of the 337.2 million vaccine doses COVAX plans to ship to some 145 countries during the first half of the year. 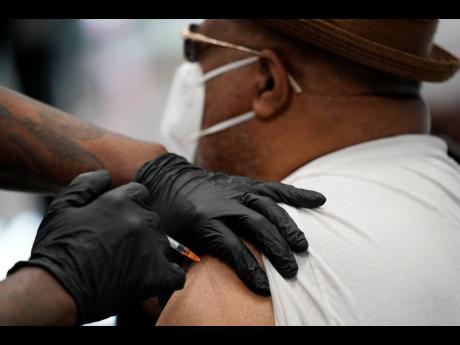 Grenville Phillips II, a Barbadian chartered structural engineer, told The Sunday Gleaner that he was worried about the long-term consequences of all COVID-19 vaccines, including the impact on male fertility.
1
2

As far back as mid-November last year, Gaston Browne, the Antigua and Barbuda prime minister, made a commitment to the country that he would be the first person to take the COVID-19 vaccine when it became available.

“I will avail myself as the first recipient of the vaccine in order to encourage Antiguans and Barbudans to do likewise,” insisted Browne at the time.

Based on the reason given, it was generally accepted that when the day arrived, the prime minister would take the jab publicly. Imagine the surprise of many when it emerged about two weeks ago that Browne had secretly taken his first shot about three weeks earlier.

Facing an uproar, a defensive Browne insisted he had “no legal or moral obligation” to volunteer information that he had been vaccinated.

Of even greater concern was the fact that Browne was administered the Moderna vaccine instead of the less efficacious AstraZeneca (AZ), which the general population would be expected to take.

Among those expressing mistrust of the India-made AstraZeneca vaccine, as a result, was the Antigua and Barbuda Nurses Association, which said in a statement that the country’s leader had “grossly undermined and compromised” the public health system by his “clandestine” action, and it would “refuse as front-line workers to take the vaccine with least efficacy and which still remains questionable worldwide”.

The nursing body has since pulled back somewhat, with its president, Soria Dupie-Winston, telling The Sunday Gleaner that in the absence of the Moderna, “whatever is available will have to do”.

There had already been some hesitancy to the vaccine among the local population and Browne did nothing to help the situation, Linley Winter, an Antiguan political commentator, told The Sunday Gleaner.

“The action by the prime minister would not have been one that would bring confidence to the general public as far as they are feeling comfortable in what is being prescribed for them with the AstraZeneca vaccine,” stated Winter. “The optics of it did not represent itself well for someone who is the leader of the country.”

Outside Antigua’s shores, there’s growing evidence that large numbers of Caribbean nationals are also uncomfortable with the India-manufactured vaccine. A nurse in Barbados, a teacher in Dominica, and a journalist in Trinidad and Tobago were among several people who told The Sunday Gleaner they would not take the AZ jab.

Barbados, which received a gift of 100,000 doses from the Indian government, and Dominica, which got a donation of 70,000 doses from New Delhi, are the first within the Caribbean Community (CARICOM) to begin inoculating their wider populations, while others such as Antigua and Barbuda, Grenada and Trinidad and Tobago are giving the shots to front-line workers from small donations received from Barbados and Dominica. Several of the British and Dutch Caribbean countries have also begun to inoculate their populations.

RASTAFARIANS, MAROONS SAY NO TO VACCINE

Among those who are refusing to be injected is the Rastafarian community, who insist that their fundamental lifestyle – based on the consumption of foods that are natural and healthy and the avoidance of processed foods – precludes them from taking the vaccine.

It’s a position that Peter Figueroa, professor of public health, epidemiology and HIV/AIDS at The University of the West Indies, Mona, recognises, even though he’d much prefer if the Rastafarians take the jab.

“We know that the Rastas prefer to go ital – or natural – so this is important. I think that if you eat right, you exercise, you avoid excess alcohol or substance abuse, your immune system under normal circumstances is going to be fine,” Figueroa, chairman of the Pan American Health Organization’s regional immunisation technical advisory group and one of the leading Caribbean epidemiologists, told a recent virtual forum hosted by UWI’s COVID-19 task force.

In addition to the Rastafarians, the Maroons here also won’t take the vaccine when it becomes available.

Jamaica is to begin receiving 292,399 doses of the AZ vaccines from COVAX “soon”, according to Dr Christopher Tufton, the health and wellness minister. COVAX is the largest ever vaccine procurement and supply operation which aims for the equitable distribution of two billion doses of the COVID-19 vaccine by the end of 2021.

Col Marcia ‘Kim’ Douglas of the Charles Town Maroons in Portland told The Sunday Gleaner that neither she nor members of her community will take the shot.

Douglas explained that the community engages in proper hygiene practices, with frequent washing of hands, and regularly sanitising everything they use.

“They (the Maroons) have concluded among themselves that they won’t take it,” said the colonel. “What we do here, we ensure we have proper health practices … testing, personal hygiene is up to date. We believe a lot in our herbs and medicines and we take a lot of our herbs as medicine – herbs to build our immune system, herbs to build our heart, all of that.”

The Oxford-AstraZeneca vaccine is one of “at least seven different vaccines across three platforms” that had been rolled out in countries as of February 18, according to the World Health Organization (WHO).

The Anglo-Swedish firm’s jab has suffered a public relations nightmare in recent weeks, as several countries banned its use for various reasons. South Africa, for example, which had already imported one million doses manufactured by the Serum Institute of India (SII), has since rejected it after a trial conducted by South Africa’s University of Witwatersrand in collaboration with Oxford University found its efficacy against mild and moderate COVID-19 caused by the South African variant to be 21.9 per cent, a long way short of the minimal efficacy threshold of 50 per cent recommended for emergency use of a vaccine candidate.

Across Europe, the vaccine is suffering what the French health ministry called an “image deficit” and German chancellor, Angela Merkel, described as an “acceptance problem”, as millions of people are refusing it and are insisting on the Pfizer jab instead, according to several media reports.

Health authorities in many of the European Union countries have banned the AZ vaccine for people over the age of 65, with the Dutch health council also contending that people with a troubled immune system should not receive the Oxford-produced jab. This, after the EU’s drug watchdog, the European Medicines Agency, had given it the green light for use in all adults across the bloc and the WHO’s 15-member strategic advisory group of experts on immunisation had recommended “for the vaccine to be used for 18 years and above without an upper age limit”.

AstraZeneca’s vaccine is currently a vital part of COVAX, accounting for almost all of the 337.2 million vaccine doses COVAX plans to ship to some 145 countries during the first half of the year. Some 200 million of these doses are expected to come from SII, despite scepticism about India’s vaccine approval process, which has been criticised by health experts there for a lack of disclosure.

The WHO was to decide last week on whether to give the AstraZeneca vaccine emergency use authorisation for doses produced in India, as well as South Korea. While no statement was made in this regard, the fact that COVAX announced on Wednesday that its first-ever shipment of 600,000 doses of the AstraZeneca/Oxford vaccine licensed to SII had arrived in Accra, Ghana, suggests it had finally been given the nod.

This means thousands of people in Barbados, Dominica and other regional countries had been injected with a vaccine that had not been approved by the WHO.

The apparent rush by India to get the AZ jabs to the people of the Caribbean was of concern to Atherton Martin, a Dominican hotelier and environmentalist, who argued that it had not been tested sufficiently and was “riding on the wind of the original AstraZeneca”, which has 65 per cent efficacy.

“We are now being used as the test victims of whatever is coming out of India,” Martin contends. “The period between which the vaccine was being manufactured in India and distributed to us in the region was not sufficient to allow time for testing.”

It’s one of the arguments used against the COVID-19 vaccines by so-called anti-vaxxers, although infectious disease experts have insisted that research on coronavirus vaccines have been ongoing for a decade. It’s also the argument being used by Grenville Phillips II, a Barbadian chartered structural engineer, whose multiple attempts at launching a political career ended in failure.

Phillips told The Sunday Gleaner he was worried about the long-term consequences of all COVID-19 vaccines, including the impact on male fertility.

“The Oxford-AstraZeneca vaccines were in Barbados before the WHO’s approval. That is concerning, and erodes confidence,” said Phillips. “I understand the urgency in obtaining vaccines, but we should not be expected to simply close our eyes to these obvious red flags. We are adult enough to be told the whole truth, which will allow us to make a decision based on what is known at this time – and not being concealed.”