Parnell Hylton: Strong on the battlefield for the Lord 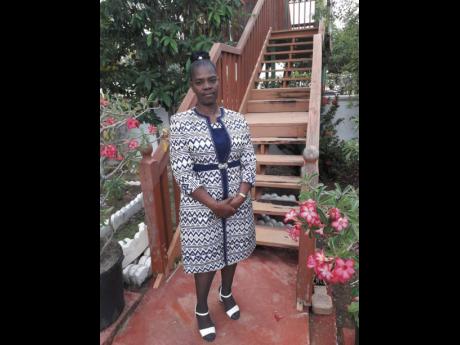 “I charge you in the presence of God and of Christ Jesus, who is to judge the living and the dead, and by his appearing and his kingdom: preach the word; be ready in season and out of season; reprove, rebuke, and exhort, with complete patience and teaching. For the time is coming when people will not endure sound teaching, but having itching ears they will accumulate for themselves teachers to suit their own passions, and will turn away from listening to the truth and wander off into myths. As for you, always be sober-minded, endure suffering, do the work of an evangelist, fulfil your ministry” 2 Timothy 4:1-5 ESV

As the number of women who lead various congregations across different denomination increases, there are many people who still believe the act is in contravention with God’s will.

But pastor of the Cross Keys New Testament Church, Parnell Hylton, said God can call on anyone, no matter the gender, to do his mighty work.

A strong representation of selflessness and passion for God’s work, Hylton has been actively involved in ministry for 30 years and has been a pastor for the last 13 years.

“It was while travelling across the island with my husband, and particularly one instance in St Mary, while praying, that I received a strong conviction to become a pastor, and that’s how it began, officially pastoring a church in 2008,” Hylton told Family and Religion.

With her husband also holding the title of pastor, Hylton said her decision, though partially influenced by her mentors, was ultimately as a result of God’s calling on her life.

She said her new role was initially met with disapproval from those who were comfortable with a male pastor; however, she found a way around it.

“When I started out in the pastorate officially, there were a few persons, especially females, who were not used to women pastoring. But I remember after one incident, they warmed up to me and never questioned my place again.”

She continued: “The man asked me how many disciples Jesus had and I knew he was going to get into the fact that they were all males and not females. So I said, if the men do not want women to pastor, it would be wonderful if the men could leave the rum bar, give their lives to Christ, then pastor, so women can rest. He said nothing more,” Hylton said laughingly.

Hylton, who met her husband at Bible college, said their union, which produced two boys, has been blessed tremendously by God and has never allowed them to fall short on their responsibilities, even as church leaders.

“…We have two grown boys but when they were younger it wasn’t even a problem managing family and church. My children were my handbags, I took them everywhere with me: crusade, convention. It wasn’t difficult; they were also very involved in church. When we are at home, we ensure family time is had; games, dinners, discussion, no problem.”

She said the only difficulty she had was that each time her husband was transferred to a different church, the children also had to change schools.

Outside of her deep love for God and a willingness to do his work, Hylton is happy for the rewarding experiences that solidify her decision to dedicate her life to the Lord’s work.

“One of the most rewarding things for me is seeing persons who say they will never attend church or a particular church, and then seeing them baptised and active. I remember we held a crusade and seeing the stubborn men and women walking up to the altar and testifying ...”

She added: “What stands out for me most is a young man who was struggling, a high school dropout, a backslider, and how he recommitted his life to God, went to Bible college and now he is a pastor.”

Strong in the belief that God is able to use anyone to carry out his work once they surrender to Him, Hylton is hoping that people who receive the calling will not look to society for validation but to rise to the occasion.

“The first allegiance is to the Lord. He is the one who made us and should choose whosoever he wants to declare his name and work in his kingdom. From he has called you, you rise up and go. It is not up to society because God’s call is the ultimate call.”