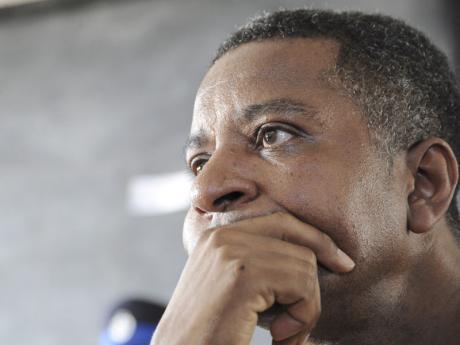 The Police Officers' Association (POA) has welcomed Friday's ruling by the Court of Appeal, overturning the conviction of former senior superintendent of police, James Forbes, in a corruption case.

Forbes had been found guilty of attempting to pervert the course of justice by then Senior Resident Magistrate Stephanie Jackson-Haisley in 2014, after a trial in the then Corporate Area Criminal Court.

The charge stemmed from a meeting he admitted facilitating between businessman Bruce Bicknell and two police sergeants at his St Andrew offices.

The meeting was held four days after the two policemen arrested Bicknell for allegedly offering them a $2,000 bribe during a traffic stop in East Kingston in April 2012.

Forbes had appealed the ruling and on Friday morning the Court of Appeal overturned the 2014 judgement. It also ordered, that the $800,000 fine paid by Forbes, be returned to him “forthwith."

In welcoming the ruling, the POA said it respected the former SSP for remaining steadfast in his pursuit of justice. The POA said the former SSP's victory has boosted the confidence of its members, who it says have been reassured by the ruling that their integrity will triumph in spite of any accusations levelled against them.

"For many years during his tenure at the Jamaica Constabulary Force, [Mr Forbes] was the face recognised by the citizens of Jamaica, as that of integrity, safety, reassurance and standard bearer for the JCF. The POA acknowledges the fortitude displayed by Mr Forbes since the beginning of the corruption charges and his arduous efforts over the past six years to demonstrate his innocence and to display the integrity that he was well-known for," the POA said in a release.

"We recognise the impact that the previous decision, had on [his] family and the diversion in what was viewed to be a progressive career path; however, we rest assured that justice has indeed been served although prolonged," the association continued.

"The POA encourages Mr Forbes and our serving officers to remain steadfast in your actions and to hold true to your principles," the POA concluded.