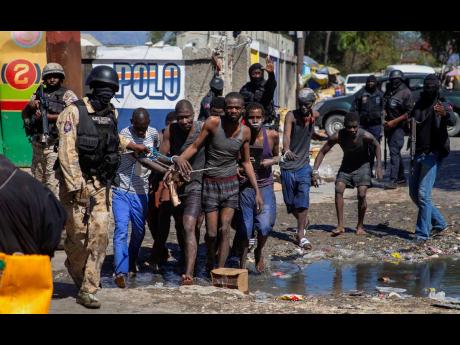 AP
Recaptured inmates are led by police outside the Croix-des-Bouquets Civil Prison after an attempted breakout in Port-au-Prince, Haiti, on Thursday. 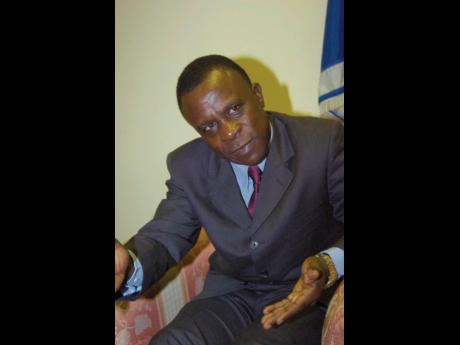 Mitchell said commercial flights from the United Kingdom (UK) and hotel properties, including the Sandals Resort, will be reopened in two months.

“The UK airlines have now reported that they will be resuming flights from April, which coincides with the movement by some of the hotels to reopen,” he said.

“All efforts are being made to put all systems in place to protect the country as far as the virus is concerned, and I must say that we are getting cooperation from the tourism sector at all levels,” Mitchell said.

On December 21, 2020, the Ministry of Civil Aviation said the government had taken the decision to suspend all air traffic between Grenada and the UK, starting the previous day, until further notice.

The decision, which was in line with that taken by several other countries, was aimed at preventing, as best as possible, the introduction into Grenada of the new COVID-19 strain discovered in the UK.

Investigations are ongoing in the French-speaking Caribbean Community (CARICOM) member state of Haiti, following a prison break that led to the death of 25 people.

On Friday, the authorities reported that more than 400 inmates escaped in the country’s largest and deadliest prison break in a decade, with the prison director and a powerful gang leader among those killed.

According to local reports, it is speculated that Thursday’s jailbreak at the Croix-des-Bouquets Civil Prison was to free gang leader Arnel Joseph, who had been Haiti’s most wanted fugitive until his 2019 arrest on charges including rape, kidnapping and murder.

The police report that Joseph was riding on a motorcycle through the Artibonite area on Friday, a day after his escape, when he was spotted at a checkpoint.

Police spokesperson Gary Desrosiers said Joseph pulled out a gun and died in an exchange of gunfire with police.

Yesterday, the police said 60 inmates have been recaptured so far.

State Secretary Frantz Exantus said authorities have created several commissions to investigate who organised the breakout and why.

The prison is known for a 2014 breakout in which more than 300 of the 899 inmates being held there at the time escaped. After the 2014 breakout, officials said they were taking steps to up security at the prison that Canada built in 2012, including installing security cameras and placing ankle monitors on the most dangerous prisoners.

At the time of Thursday’s breakout, the prison held 1,542 inmates, nearly twice its capacity.

President Jovenel Moïse tweeted on Friday that he condemned the most recent jailbreak and asked people to remain calm.

He added that Haiti’s National Police “is instructed to take all measures to bring the situation under control”.