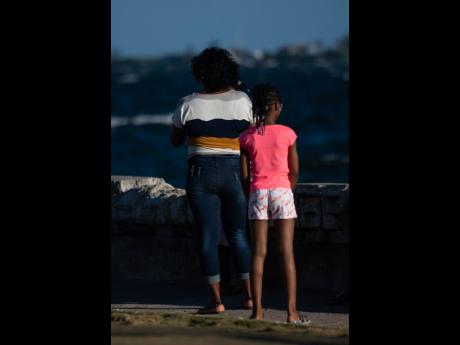 Gladstone Taylor
A woman and child look out to sea at the Kingston waterfront on Sunday. A global index has indicated that parents are undergoing increased stress and loneliness. 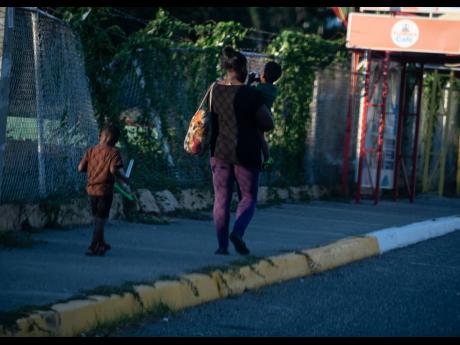 Gladstone Taylor/Multimedia Photo Editor
A woman and children walk along Knutsford Boulevard in New Kingston on Sunday. A global index has indicated that parents, generally, are undergoing increased feelings of loneliness.
1
2

A global index commissioned by Nestlé has found that parents are facing intense pressure because of loneliness and social shaming, but a local family-life expert believes that Jamaican mothers have been largely insulated from the trend.

The survey captured the earliest months of the COVID-19 pandemic, which has worsened as the virus spread to more countries and disrupted everyday life.

Although globally, a third of the parents reported feeling lonely, Linda Craigie Brown, head of Parenting Partners Caribbean, doesn’t think this would necessarily apply to Jamaica even now.

“I am a bit surprised at that because even though we have gadgets, we still have a society where people talk and women chat a lot,” she said.

Craigie Brown said that there have been anecdotal reports of women, locally, coming under increased duress to bear children in a recessionary economy.

“One parent said we are under pressure to have children for our husbands,” she told The Gleaner.

“If one is not careful, one gets caught into pleasing society and not looking at whether or not you are ready.”

Global studies have indicated rising stress levels as parents grapple with lay-offs, pay cuts, and restrictive freedom as many have had to stay home to supervise the millions of students who now engage in online learning

But in a countercurrent, new parents with babies reported feeling less societal pressure during the period, experiencing, instead, more mutual support, increased social cohesion, and a sense of belonging.

The global parenting index assessed the experiences of more than 8,000 moms and dads of babies aged zero to 12 months in 16 countries.

The study found that 32 per cent of new parents were feeling lonely despite living in a world where friends and family were only a text away. That emotional distance has heightened because of lockdowns, travel bans, and other containment measures triggered by SARS-CoV-2, which has infected 114 million people globally and killed 2.5 million.

A little more than half of the parents globally have been dealing with intense pressure about how to raise their children, and another 45 per cent were dealing with parenting guilt, which often includes worrying that they are doing a poor job at caring for their kids.

The research, which is part of Nestlé’s ongoing commitment to support families in the first 1,000 days of life, also found that nearly a third, or 31 per cent, reported feeling unprepared for the realities of becoming a parent. Fifty-three per cent had to make more compromises than were initially expected.

But the most high-pressure aspect of parenting was linked to the unsolicited advice from those on the sidelines, with 60 per cent of those surveyed saying third-party views had become unbearable.

Thierry Philardeau, head of Nestlé Nutrition, said that parents were weary of advice overload. He said the aim of the new parenting index was to create a road map for change.

“This parenting index is a new way, a unique new way, to get real-life facts, figures, and insights about parenting,” said Philardeau.

“It is a unique way to measure, in a way, the ease of parenting across countries.”

The survey was conducted between January 14 and February 27, 2020, and an additional 900 persons were included in the study after the COVID-19 pandemic. They were selected from the US, Spain, and China and surveyed in July 2020.

Nestlé will be commissioning the Parenting Index every two to three years going forward.