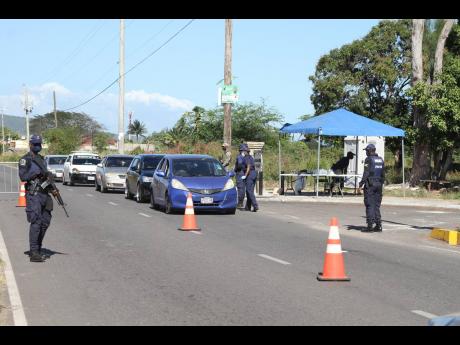 Residents and community leaders of Lionel Town have been heartened by a 48-hour curfew imposed on Friday evening and are hopeful that the security measure will be extended.

The southeast Clarendon town has been hit by acute violence over the last few weeks, with several residents being victims to firebombings and gun attacks.

May Pen Mayor Winston Maragh said the curfew was a positive, strategic move to defuse tensions and sporadic violence between two gangs in the area.

“I hope the police find who they are looking for, with what is happening down there,” he told The Gleaner. “I hope they search every yard, dig out under every wash pan and thing to see if they can find the guns and these guys.”

Maragh, who is councillor of the Rocky Point division, where Lionel Town is located, recommended that cordon-and-search operations be expanded to other troubled communities beyond Lionel Town.

President of the Lionel Town District Area Committee, Arthur Coleman, also weighed in on the effectiveness of the curfew. He is optimistic that the security forces will keep criminals in check and that investigations translate into prosecutions.

“We also need the police to interact more with citizens in order to have a better understanding about the problems facing them,” Coleman said, citing the police youth club as one avenue of community cooperation.

Clarendon has been a hotbed of crime over the past two years and was one of 10 police divisions where a state of emergency was imposed to rein in Jamaica’s murder wave.

Rapes and break-ins have declined, but robberies have inched up.

Residents of Lionel Town have welcomed the curfew as a source of respite from the violence.

One businesswoman said she could finally sleep peacefully in her bed, unworried by gunfire in the dark of night.

A father wholeheartedly embraced the curfew and attributed the ongoing violence to the rise in the trading of illegal guns.

One youth vented his frustration at the constant crime in the area and thanked the security forces for their intervention.

“What they are doing now, it’s good for the community, regardless of the timing ... ,” another resident, who requested that his name not be published because of security fears, told The Gleaner.

“I hope it can be extended down the line.”