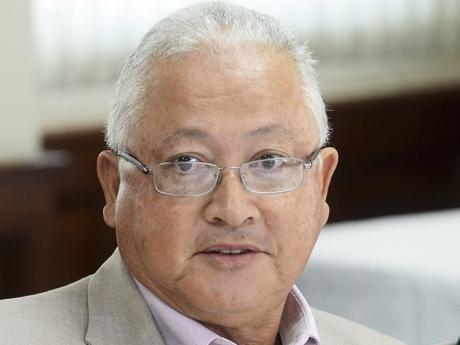 Chuck says he would like parish courts and other areas of the court system to switch to virtual hearings as much as is reasonably possible to avoid less interaction among persons. He asserts that this would help to limit possible exposure to COVID-19.

Minister of Justice Delroy Chuck is calling for stakeholders in the court system to assist in ways to improve the quick disposal of cases, particularly in the parish courts, in light of the COVID-19 pandemic.

He says this can be achieved through greater use of virtual hearings.

Chuck says he is planning to have early discussions with the parties.

He says he knows that there are a fair amount of virtual hearings taking place but he wants to know “how we can widen and increase the process, especially in the parish courts and other areas where face-to-face is not strictly necessary.”

The justice minister noted that the Supreme Court and Court of Appeal were conducting virtual hearings as much as possible, “however, I would like parish courts and other areas of the court system to switch to virtual as much as is reasonably possible to avoid less interaction amongst people,” Chuck asserted.

He disclosed that he has been in touch with the Minister of National Security and the Commissioner of Police to see that a room is made available at all police stations and remand centres so inmates on remand can participate from these institutions for bail hearings and mention dates.

Chuck says it is expected that attorneys-at-law on both sides will be able to address the courts from remote locations, including their offices.

He stressed that nowadays in some countries all business and institutional meetings are held virtually.

Jamaica needs to get to the stage where transactions and businesses are conducted virtually, Chuck stated.

He gave the assurance that the justice system was one area in which Jamaica will be going “full speed ahead” with virtual hearings.

He sees virtual meetings as one of the major moves to control the pandemic.