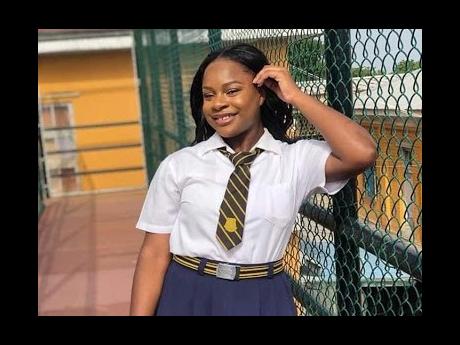 Jalisa died in her mother’s arms, after a doctor at the UHWI reportedly told her there were no beds available to administer oxygen to the youngster who was struggling to breathe. Jalisa McGowan (file photo)

A meeting is to be convened no later than this Friday with emergency department heads of public hospitals, to address timely and appropriate treatment for asthmatic patients when they turn up at Government medical facilities.

The urgency of the meeting comes after the death of 17-year-old asthmatic patient Jalisa McGowan, who was reportedly refused treatment at the University Hospital of the West Indies (UHWI) last weekend.

Jalisa died in her mother’s arms, after a doctor at the UHWI reportedly told her there were no beds available to administer oxygen to the youngster who was struggling to breathe.

Her death comes 11 months shy of a year since a pregnant Jody-Ann Fearon was turned away from two hospitals, later reportedly dying on the floor at the UHWI where she had finally admitted.

This latest incident has been described as an absolute tragedy, by Minister of Health and Wellness, Dr Christopher Tufton, who said he has spoken with Jalisa’s mother Narda McKoy, reassuring her he would do everything necessary to ensure an investigation is launched into the matter.

The country’s chief medical officer (CMO), Dr Jacqueline Bisasor-McKenzie, says she will instruct their director of emergency medical services to convene a meeting with the heads of department, to look again at how it is that they address the management and treatment of asthmatics.

Both Tufton and Bisasor-McKenzie were speaking at a COVID Conversations press briefing earlier today.

The CMO said the protocols were pretty clear, but certainly, at this point in time, may need to be re-emphasised.

She noted that in terms of the management of asthma, it was really something that was clear cut and a very important part of the practice of emergency medicine in terms of how it is that medical teams respond to asthmatics.

Admitting there were challenges posed with COVID-19 as it related to nebulizations, the CMO said they have been forced to move away from using nebulizations, towards using more of the metered dose inhalations as part of the management in the emergency room.

She noted that nebulizations can cause the release of aerosols that may contain contaminated droplets.

“A lot of our emergency rooms would have acquired spacers that they are able to use safely and we have had studies over and over that have shown that the use of spacers and metered dose inhalers are just as effective as nebulizations.”