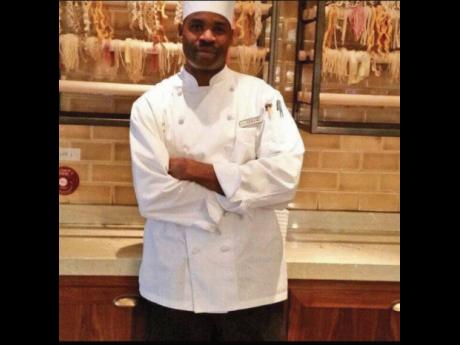 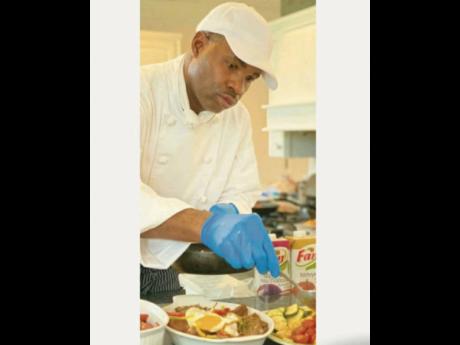 Contributed
Chef Everton Smith puts the finishing touches to one of his delectable masterpieces.
1
2

Everton Smith found his love for cooking by mere happenstance.

A vacation to The Bahamas when he was about 20 years old thrust him into a career that has garnished his life with unbelievable awestruck experiences.

Smith recalled preparing meals for Sean Connery, Pierce Brosnan and Daniel Craig, actors who starred in the James Bond movies. Connery was the first actor to play James Bond and starred in the movies seven times; Brosnan, who first came on set in 1995, starred four times, and Craig has starred three times so far, since his James Bond debut in 2006.

“It was really one of the highlights of my career being the chef in the kitchen preparing meals for this group,” he said. In the group were American singer Vanessa Williams and Spanish actor Antonio Banderas.

Smith got his break from accepting a cleaning job at an Australian restaurant after his aunt introduced him to the high commissioner of Australia to The Bahamas. He said the ambassador was so pleased with his work ethic that she extended the invitation to teach him things about cooking. As such, his Sundays cleaning rooms turned into six or seven days in the kitchen for two years.

“Because of love, I ended up being there for more time than I anticipated, and I started wanting more from cooking,” he said. “I realised it gave me an opportunity to meet people from all over the place.”

Smith explained that working at Sandals was a transformative point in his career, as Sandals is “one of the best teaching hotels in hospitality all over the Caribbean, not just in The Bahamas”.

His flavourful hands and demands for his cooking by many guests sparked the interest of the recruiting team at The Atlantis.

“She became interested in me coming over to the Atlantis to work for them as a sous chef. Sandals is considered a large hotel, but the Atlantis is about 10 to 15 times larger than Sandals,” he said.

Laughing in retrospect, the 42-year-old said he was afraid of such a big position and went on board as a chef de partie – the highest level of a cook.

“After three months she said ‘there is no way we are gonna keep you as a cook. You have to become a manager’, and that’s when I was promoted as an executive sous chef,” he said. He stayed at Atlantis for 14 years, gaining experience in most of the 52 restaurants.

Smith recalled days when guests would come requesting his cooking and asking for things previously prepared by him that were no longer on the menu.

“There were instances when customers returned their meal because ‘that is not how Chef Everton made it’,” he said, explaining that tourists travelled back to The Bahamas to partake of the culinary experience he offered.

Smith took two years to enhance his career in training at a culinary school in New York to work as head chef at Carmine’s at the Atlantis, a world-renowned Italian restaurant serving up to 1,400 persons per day, where he stayed for two years before being promoted to executive sous chef at celebrity chef and reality television personality, Bobby Flay’s Mesa Grill Restaurant. He also worked with celebrity chef Todd English and Olive’s Restaurant in Atlantis.

Along the last lap of his career in the restaurant industry in the tourist area, he developed his own catering business, which led him to becoming a private chef, continuing his fame in the mouths of various celebrities that demanded his service.

Growing up in Manchester, Smith had no idea his life would have blossomed this way, especially with cooking just being a chore in an all-female household. His dream was to be a lawyer, but as a young man, he was very unstable and his desires were more of a far-fetched fantasy.

Though he got a scholarship at age 11 to attend Knox College, the ‘A’ student from primary school started to squander his academic years.

“I became a high school dropout,” he said. He was expelled from Knox at 15 years old and was accepted into Spalding High School, but that was short-lived. “I then went to Spalding for one year and then I decided I am not going to stay and I am going to go and learn masonry,” he said. “My parents were really frustrated. My mom, at that time, was really upset.” However, he turned out to be really good at masonry and was lead in building his mother’s house.

“It is a very fulfilling experience right now, being able to put a smile on her face,” said Smith, recounting that she was elated when she saw from his Instagram page ‘celebritychefeverton1972’ that he cooked for American actor Immanuel Lewis.

Among the celebrities he cooked for were former prime ministers of Bahamas, former US senators, and Jamaican dancehall entertainer Popcaan.

“He stayed at the Atlantis for a while and he used to call me and would be like ‘don’t leave until you cook my dinner’,” Smith recounted.

Smith dreams of Jamaican chefs and culinary arts training being revolutionised, especially with the weight of Brand Jamaica worldwide.

“With all the people I meet, I always try to introduce them to my culture,” he said.

“I want to be able to put Jamaican cuisine more to the forefront. It’s already there, it just needs some fine-tuning,” he said, emphasising the need to pay more attention to presentation, seasonings, timing and the tools used to improve the culinary experience.