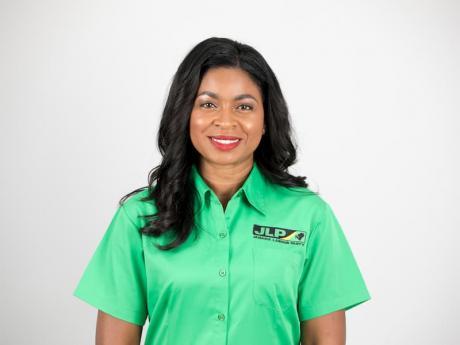 That was disclosed in a letter to JLP Leader and Prime Minister Andrew Holness, in which the ombudsman recommended that Dr Charles make a public apology for her conduct at a controversial pre-election distribution of state funds to farmers in St Thomas last August.

The ombudsman concluded that Dr Charles breached the Political Code of Conduct and also recommended mentorship for the first-time lawmaker who defeated the incumbent St Thomas Eastern representative Dr Fenton Ferguson of the People’s National Party (PNP) in the September 3 general election.

READ: Political ombudsman writes to Charles over allegations of bribery

Parchment Brown confirmed this afternoon that she wrote Holness today but declined to speak on the contents of the letter.

“I don’t know if he has even seen the letter yet,” she told The Gleaner.

The PNP raised vote-buying allegations after Dr Charles participated in an August 27, 2020 event hosted her father, now retired MP Pearnel Charles, and where she was seen addressing sugar workers and handing out payments of $50,000 from public funds.

“Most of you know who I am. Most of you know that election is coming and I am not going to pretend that is not political because I need your vote,” read a quote from Dr Charles that the ombudsman included in her letter.

Parchment Brown said the function was organised by the elder Charles, a principal of St Thomas Farms Ltd, in which his daughter is a director.

It was the latest distribution of payments from the state-owned SCJ Holdings Ltd to 487 displaced farm workers, 34 of whom were associated with Charles’ company.

The political ombudsman said it was “unfortunate” that Charles’ company chose to deliver government funds during an election campaign in a way that “raised questions and concerns” and that payment was “not made as is routinely done by government administration”.

Among other things, Parchment Brown said it was also “unfortunate” that Dr Charles said and did things “which could be construed by a reasonable observer to be an attempt to influence voters through her family business, providing money from their own or public resources.”

“Dr Charles’ words and action of turning around and pointing out the message on her shirt in a context where government funds were being distributed to persons during an election campaign was a breach of tenet 1(f)(i) of the Agreement and Declaration on Political Conduct,” the ombudsman wrote.

That tenet says political candidates “must not” use funds derived from any source, public or private, to improperly influence electoral choices.

Parchment Brown noted that improperly influencing electoral choices is not a criminal offence under the Public Ombudsman (Interim) Act, unlike in the Representation of the People Act, and that she was not authorised to make a report to the director of public prosecutions

Contacted this evening, Dr Charles said she was not previously aware of the findings and conclusions of the political ombudsman, whose probe was initiated by a complaint from the PNP.