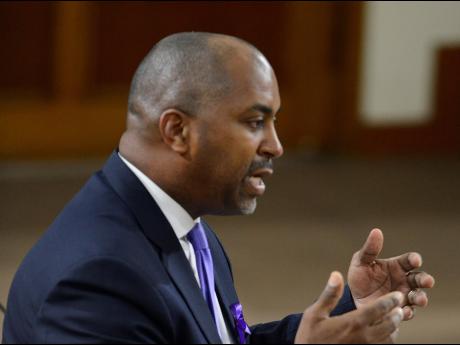 The parliamentary Opposition says it is concerned that the current budget of $830.8 billion will not adequately address the economic fallout and the rising inequality triggered by the onset of COVID-19 a year ago.

Opposition spokesperson on finance Julian Robinson said that those who were most affected by the severe impact of the pandemic were in the informal economy.

While making his opening remarks on Wednesday during the Standing Finance Committee’s examination of the Estimates of Expenditure, Robinson said that the government’s projections for tax revenues were unlikely to be met.

Robinson said that the Opposition was deeply troubled that small businesses in the tourism sector who qualified for assistance under the government’s COVID CARE grant programme had not yet received payments.

He said the entities were given commitment letters from November last year indicating that disbursements would be made.

Robinson urged the government to make good on its commitment to disburse the funds to these entities.

In his response, Finance and the Public Service Minister, Dr Nigel Clarke, said that the recipients had to sign a document for the payments to be made.

He indicated that it appeared that the entities had not yet signed the document. Clarke said there might have been a breakdown in communication.

On the question of public sector wages, Clarke said that the government was not proposing a wage freeze but would provide a “modest increase.

“It is not customary to tell people what their increase will be,” Clarke added.