CARPIN cautions against overuse of chemicals for cleaning, sanitising 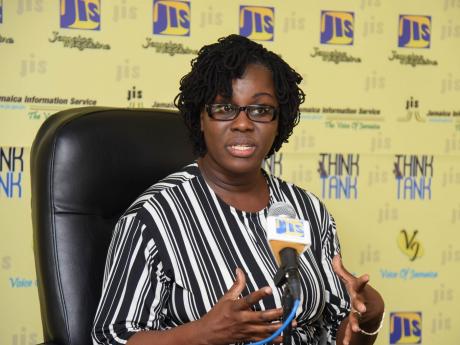 The Caribbean Poison Information Network (CARPIN) is appealing to Jamaicans to guard against overusing chemicals for the purpose of cleaning and sanitising their spaces while trying to abide by COVID-19 protocols.

Poison information coordinator at CARPIN, Sherika Whitelocke-Ballingsingh, told JIS News that a recent online survey found that a majority of persons were using chemicals more than seven times per day for cleaning and sanitising.

“We had many persons using more chemicals since the pandemic, compared to before it began,” she noted.

The online survey, conducted between April and July 2020, had 85 respondents from 13 parishes.

Whitelocke-Ballingsingh said that one of the practices adopted by many of the respondents, particularly in the early days of the pandemic, between April and May, was the spraying of bed linen, towels, clothes, and rooms with sanitisers.

She said that the practice is concerning as it could cause dermatological and respiratory problems.

She suggested that a safe way to sterilise bed linin is by ironing them, noting that heat and steam are effective in destroying microorganisms.

“I do not advise that persons spray their towels before putting it on their body. The item sprayed is going to be absorbed through the skin and it starts from a small dose each day until it accumulates within the body,” she pointed out.

Whitelocke- Ballingsingh is also advising persons not to spray chemicals on their masks, noting that CARPIN has found this to be the case through observation and calls made to the facility.

“In an attempt to clean or sanitise, they spray the chemical on it and leave it to breeze out for a bit and then they put it back on,” she said, noting that persons should instead, iron and sun masks after washing them.

Whitelocke-Ballingsingh further cautioned against the mixing of chemicals, as this results in the creation of harmful chemical compounds.

She said it is best not to mix chemicals but, rather, to use them as stated on the label.