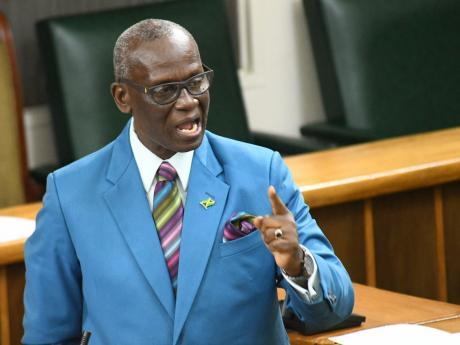 Minister of Local Government and Rural Development Desmond McKenzie says that the administration is reviewing proposals submitted by stakeholders in the funeral industry in the wake of the ban on funerals from March 8 to 22.

Responding to queries from his fellow parliamentarians earlier today, McKenzie said that the submissions would be considered by the Cabinet.

The local government minister was fielding questions from the Opposition during a meeting of the Standing Finance Committee that was examining the 2021/22 Estimates of Expenditure now before the House.

Member of Parliament for Kingston Eastern and Port Royal, Phillip Paulwell, said that the ban imposed by the government was creating “havoc” in the industry.

However, McKenzie said that at least one player in the sector sent a wrong signal yesterday when more than 200 people gathered at a funeral establishment to participate in a wake.

He said that those who participated in the wake showed no regard for the Disaster Risk Management Act.

“You cannot be encouraging actions like those because if a Government bows to that kind of pressure, the Government is going to lose its legitimacy,” McKenzie said.

Last evening, police personnel from the Public Safety and Traffic Enforcement Branch shut down a large gathering at the Tranquillity Funeral Home in downtown.

The police say the event was a repast.