UWI to get triple UTech’s funding 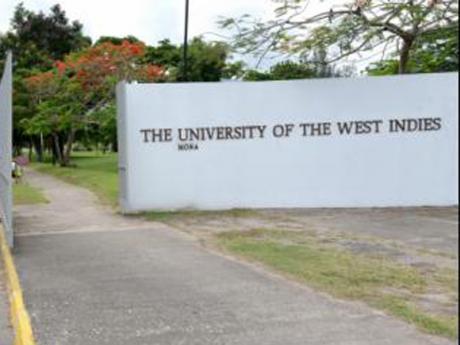 Minister of Education, Youth and Information Fayval Williams said that the Government was currently reviewing how it funds tertiary education in Jamaica.

With The University of the West Indies (UWI) and other tertiary bodies faced with increased financial challenges because of COVID-19, the Government said it will allocate $9.2 billion to help fund the institution in the new fiscal year.

At the same time, the University of Technology is to receive a $2.9-billion grant from the Government.

Minister of Education, Youth and Information Fayval Williams said that the Government was currently reviewing how it funds tertiary education in Jamaica.

Williams told her parliamentary colleagues during a meeting of the Standing Finance Committee on Thursday that she had signed a draft policy on the issue that had been sent to Cabinet.

“There is a rethink in how we fund our tertiary institutions. That engagement has just begun,” she said.

Vice-chancellor of The UWI, Professor Sir Hilary Beckles, recently expressed concern about the financial woes, noting that about 60 per cent of the university’s overall debt was concentrated at Mona.

“At the moment, the contribution of the Government of Jamaica to Mona’s operation is about 38 per cent,” Beckles divulged.

The other UWI campuses have recorded contributions of 50 per cent and above.

Speaking during the examination of the Estimates of Expenditure in Gordon House, Williams said that the Government was current with its contribution to The UWI.

St Andrew South East Member of Parliament Julian Robinson questioned whether the Government had an obligation to fund a certain percentage of the university’s operations.

However, Williams said that the policy whereby the Government was obliged to fund a specific share of The UWI’s operations had ended from about 2009.

Under the current arrangement, the education minister said that the “Government decides how much it can afford to give to the university”.