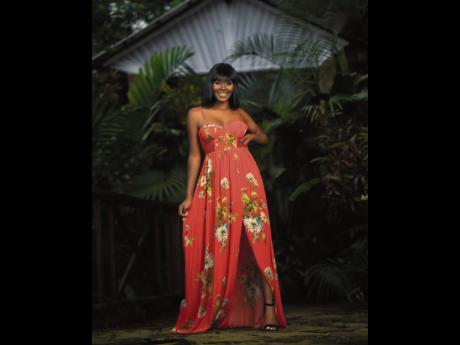 Contributed
The beautiful and multitalented Nardica Phillips has charted her own path as an engineer and video producer. 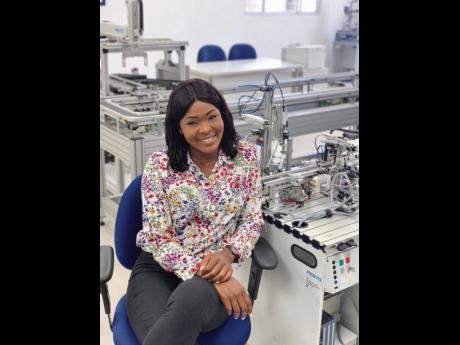 Contributed
The engineer-turned-video producer is photographed in her happy place: the lab. 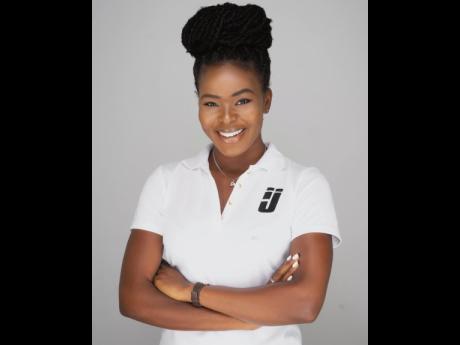 Contributed
BOTTOM: Phillips is always rocking a radiant smile while on the job at Icey Jace Film Production.
1
2
3

COVID-19 has been the worst and best thing that could’ve ever happened to Nardica Phillips.

The FACT (Festo Authorized and Certified Training) engineer and assistant lecturer at the FACT Centre at the Caribbean Maritime University (CMU) was on the road to engineering success before the pandemic hit. She even represented Jamaica at the World Skills International in Mechatronics in 2019.

“With underlying issues at my permanent job, the bills stood still, and I went by not knowing where my next meal would be coming from, but I knew I had to get it. I was in need of a job that would help me finance myself and my family. So my friend, who is now my director, introduced the idea of being a video producer,” she told Living.

Her biggest project to date was working as a talent scout and location manager with 36 Grados for Latin star Maluma, for his new visual album, 7 Días En Jamaica. This was her largest and most influential job yet. “I was responsible for scouting all the talents in Jamaica, and that had helped so many dancers, musicians and actors. The highlight of the project was the lead role. They told me what they were looking for and my friend, Davina Bennett, was the first person who came to mind. She accepted, and now it’s blowing up all over the world,” she revealed.

Growing up in Red Lands, a small community in Northern Clarendon, Phillips was actively involved in church and her community. While completing her Caribbean Secondary Education Certificate examinations and Caribbean Advanced Proficiency Examination at Clarendon College and Glenmuir High School, she would also participate in co-curricular activities and sports. In fact, it was through playing basketball that she was introduced to the Caribbean Maritime Institute.

University paved the way for her to channel a different side of herself, one she never knew existed. And as the only child of her family to make it to university, she was happy to make her mother proud. “I’ve always sought a way to survive to help my mom. I made a promise to finish and be the greatest at what I’m going to be, and I never looked back,” she said.

After witnessing how hard her mother and stepfather worked, she decided to help out by doing promotions and event planning. She even started her own online clothing store, enrolled in the work and travel programme, and secured a scholarship for her four years of college.

After graduating from the Caribbean Maritime University in 2018 with a bachelor’s degree in industrial engineering, she began working at CMU as an assistant lecturer. She was then transferred to the FACT Centre. “I wasn’t an assistant for long as I was transferred to work at the Festo Authorized and Certified Training Centre as a FACT engineer. I perform training in areas of pneumatics, hydraulics, PLC programming, electrical and electronics,” she said.

Now she’s taking on a new challenge. Some 11 months into her new role in entertainment, the 25-year-old said she is loving her new role as a video producer. “I went for it since it was in line with organising, sourcing and scheduling shoots. I have been the resident video producer for Icey Jace Film Production since June 2020, and it has been good ever since. It made me tap deeper into the creative side of Nardica,” she said.

She has even moved into creative treatments, working as an assistant director and has developed a reputation as one who always gets the job done. Driven by prayer and her mother, Phillips hopes to continue on this creative path. She is now set on becoming a director and bringing about some changes in how Jamaica is showcased to the world. It is also her goal to create more job opportunities for Jamaicans and spread greatness and knowledge worldwide.

Her advice to aspiring creative: “Don’t be too worried about what others are doing, take your time and do your SWOT (Strength, Weakness, Opportunities, Threats) analysis of your career, friends or anything you do in life. If it makes sense to you, go for it and if you fail, try again.”