Audrey Sewell: The powerhouse - Keeping her finger on the pulse in a lifetime of service to governance 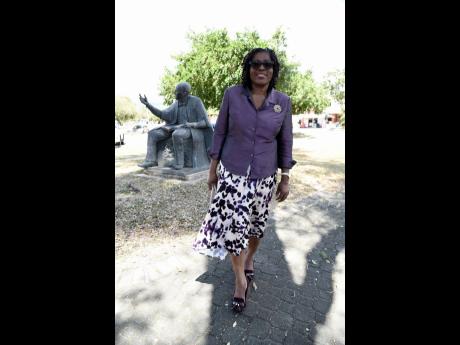 Ian Allen/Photographer
Audrey Sewell, permanent secretary in the Ministry of Economic Growth and Job Creation and the Office of the Prime Minister. 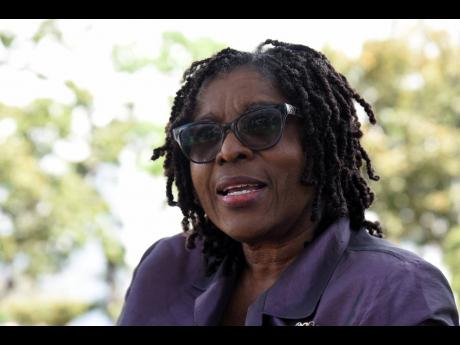 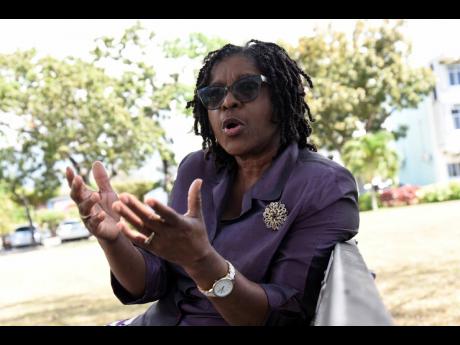 Audrey Sewell has served at least 10 ministers in more than 40 years in the public sector. And the woman known for her impeccable ensemble is clear that she is the accountable head of the ministries and agencies under her portfolio, and that the...

Audrey Sewell has served at least 10 ministers in more than 40 years in the public sector. And the woman known for her impeccable ensemble is clear that she is the accountable head of the ministries and agencies under her portfolio, and that the reputation she has built over decades will not be sullied on the whims or fancies of anyone.

As permanent secretary in the Ministry of Economic Growth and Job Creation and Office of the Prime Minister (OPM), she carries a punishing schedule while providing counsel to policymakers and other technocrats across the sector. She is not afraid to say no – to anyone.

A former principal director of the Ministry of Justice’s (MOJ) Justice Training Institute, she displays her knowledge of the law with consummate ease. The non-legal technocrat worked for several years on programmes to reform the justice sector, alongside Carol Ann Palmer, current permanent secretary in the Ministry of Science, Energy and Technology, much to the chagrin of some with law degrees, and over whom she was given the nod.

They didn’t make it easy for her, but she was determined that the confidence placed in her would be validated by doing the best job she could.

Last week, as she sat for this interview, the sartorial elegance of the most photographed woman in the sector was on display. From introduction to the end of the interview, the story of her journey into the public sector rolled off her tongue like a soliloquy in a dramatic act.

“I am Audrey Vivia Sewell and I currently serve as the permanent secretary in the Ministry of Economic Growth and Job Creation and Office of the Prime Minister,” she introduced herself.

In 2008, she served as permanent secretary in the Ministry of Education with then Minister Andrew Holness (now prime minister) but was reassigned to the then Ministry of Transport, Works and Housing in 2011, under Dr Omar Davies.

She has skilfully navigated the political temperatures of successive administrations and has been relied on by men and women of power to fix things that are awry, put out fires, discard the soot, and put systems in place for new growth.

IN LOVE WITH PUBLIC SERVICE

“I fell in love with the public service, and that’s where I wanted to be. I grew up with family working in the sector, and that was really how it started,” she said, admitting that her first love was nursing, if only she did not have to deal with blood.

But she was inspired to pursue a career in teaching because of the personal interest of some of her teachers, one of whom treated her as a daughter. With instructions and certification from Shortwood Teachers’ College, a sojourn overseas for additional development put her in the path of former Governor General Sir Kenneth Hall.

Working with Girls Town, Jamaica, a private training institution which sought to empower less fortunate women with skills training, the experience would become pivotal to her current standing.

Encouraged to volunteer at HEART Trust, under the tutelage of the late Joyce Robinson, she said the concept of HEART was similar to that for Girls Town, and after four years, she made the move to HEART. After 20 years, she made a move to the Justice Training Institute, and later to the education ministry. That move would elevate her to head the ministry and three others.

“I taught home economics and dressmaking as well as English language. I really saw the synergy between the concept at Girls Town and HEART Trust, which was established for young people who needed a second chance. I spent 20 years at HEART, starting off as technical assistant and was promoted through the ranks till I became the director of academies where all training institutions in HEART reported to me,” she told The Sunday Gleaner.

Many thought she was crazy when she decided to leave HEART for central government, but service to country was at the forefront of everything she has done.

“All you could hear was criticisms about the civil service. So I wanted to come and make a difference. Today, I have no regrets. I worked very hard under the permanent secretary, who gave me the opportunity to innovate, to be creative, because resources are very limited,” she recalled, stating that the institute was a small room, which was the former revenue court, when compared to the elegance of her office at HEART.

Innovations included renting space from several institutions which allowed them to train workers in the justice sector islandwide, and also in the Caribbean.

She recalled receiving 24 hours notice of reassignment from the education ministry to transportation and works as permanent secretary. Within months came the general election in 2011, and she recalled nagging Davies that her assignment was temporary – until she stopped.

“I don’t know much I had annoyed Dr Davies, reminding him that my substantive post was at the MOE and my assignment was temporary. But maybe it was the Lord that spoke to me as I was walking to his office to remind him,” she said.

The rest is history but not without shock and much humour.

She recalled laughing at the scope of the Ministry of Economic Growth and Job Creation when it was announced, but to her shock, she would be its new permanent secretary. Headed by Prime Minister Holness, it had several ministries for different areas of the portfolio.

“When the ministry was announced, I said what a huge ministry and gave thanks for where I was, until I was told that I would be the permanent secretary. I took sick,” she recalled.

Reassigned to the Office of the Prime Minister in August 2016, she straddled both ministries and agencies, and following the 2020 election, she was given a third – Ministry of Housing, Urban Renewal, Environment and Climate Change – until March 1, when a new permanent secretary was appointed.

“It’s been a lifetime of service and I would do it again. Integrity has been the hallmark of my life and that will not be traded for anything. I will make mistakes, but I am not corrupt,” she responded matter-of-factly.

Having proper systems and procedures in place to allow for accountability was key as it was impossible to be everywhere.

“I can’t take my fingers off the pulse because I am the one who is called to explain to the parliamentary committee,” she said.

The absence of pride in the sector saddens her, for all the work done before. Individuals, she said, prided themselves on knowing regulations to advise each other and their superiors, where necessary, about how a job should be done.

Sewell holds a postgraduate degree in human resource development and an undergraduate in management studies from The University of the West Indies.

A Prime Minister’s Award for Excellence recipient and devout Seventh-day Adventist, she was inducted into the Commander Class of the Order of Distinction for outstanding public service in the fields of education, justice, transport, works and housing.

A family woman, mother and grandmother, she enjoys her home and revels in her cooking and baking skills, providing wedding cakes for many members of her church.

Audrey Sewell is celebrated every day, but especially on International Women’s Day.