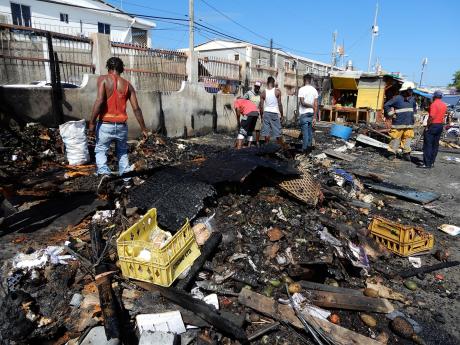 A section of the Ocho Rios market in St Ann after a fire destroyed eight stalls on March 7, 2021. 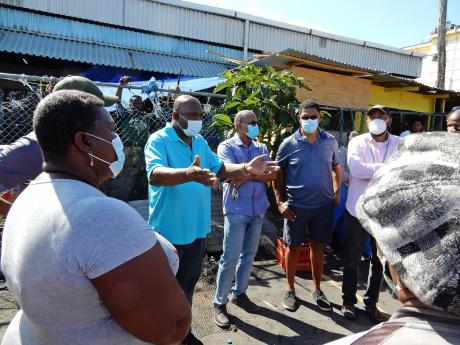 Eight vendors at the Ocho Rios Market lost all their goods in a fire that destroyed several stalls at the facility on Saturday night.

The St Ann fire department reported that a call was received shortly before 10:00 p.m and that a unit from the Ocho Rios fire station responded immediately.

Another unit from the St Ann’s Bay fire station assisted in the operation.

The blaze was extinguished within an hour.

When The Gleaner visited the scene this morning a cleanup operation was underway, with several vendors assisting workers from the St Ann Municipal Corporation with the effort.

District officer at the St Ann fire department, Wilton Pettigrew, indicated that the cleanup hampered the department’s efforts to ascertain the cause of the fire.

Meanwhile, a snack shop vendor, who gave her name as Empress Hoosk, told The Gleaner that nothing was saved.

She said because of the nightly curfew she was unable to leave her home to try to save any of her belongings.

“I couldn’t tell what happened, because we went in, curfew hours. We get the call, [but] we could never run out neither because through the police them we haffi careful, yuh understand mi?”

Mayor of St Ann’s Bay, Sydney Stewart, who along with several councillors and officers of the municipal corporation visited the scene Sunday morning amid cleanup operations, told The Gleaner that the municipality will be moving urgently to help the vendors get back on their feet.

“It was really unfortunate what took place last night. Eight people were affected, eight shops as I understand, so we’re offering the eight people a temporary space in the car park,” Stewart said.