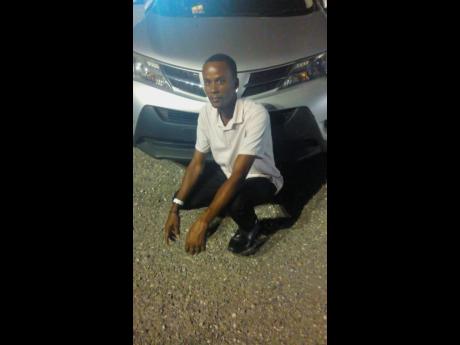 Christopher Small, founder of the latest initiative out of Clarendon – We Are Real Men (WARM) – is hoping to change the mindset of men in the communities of Palmer’s Cross and Savanna Cross who are not yet on a path to self actualisation.

Small, who lives in Savannah Cross and works in Palmer’s Cross, is a member of the Savanna Cross Church of God of Prophecy. He is hoping to impact men through WARM, which was formed in February 2020.

Small told The Gleaner that the initiative started when he received a call from Romeo Mitchell, president of the Palmer’s Cross Community Development Committee, which he is also a part of. Mitchell, he said, told him that he was assigning him a task he was confident he would take on.

“He told me he wanted me to form a men’s group and run it the best way I could. I embraced the challenge and hence we now have WARM,” he said.

Small revealed that in coming up with a name for the group, he used the fact that he considered himself a ‘real man’ and he was targetting men out there who thought the same about themselves and if they didn’t, by the time WARM was through with them, they too would be considering themselves in that positive light.

The focus, he said, was on men who feel left out or are unsure of how to resolve issues in relationships at home, work, play or anywhere they arise.

He said he wants to see growth in the communities in several areas including in education, skills training, and at the same time, see a decrease in criminal activities.

According to him, there are so many positive ways that the energy of men in the community can be channelled that he is excited to be the engine, through WARM, that drives them to realise their God-given potential.

Since its formation a little over a year ago, Small said there has only been one formal meeting of WARM because of the COVID-19 restrictions.

However, he said they continue to mentor and influence men and that is something that is important to him.

Small, who grew up in the foster-care system, said he has never allowed it to “blight his future”, even though he went through a lot.

“I thought I would give up, but God kept me and because of that, I can continue to be a positive role model to other men out there,” he shared.