Parliamentarians call for more support for women to enter politics 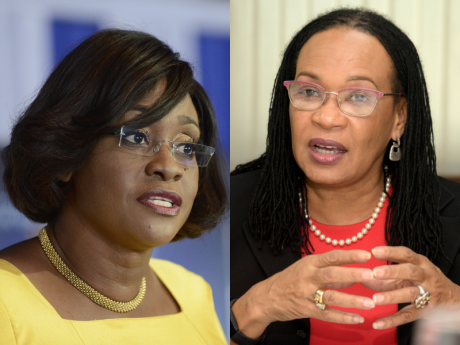 Jamaican parliamentarians have made a call for strategic measures to be put in place to guarantee greater participation of women in representational politics.

Following the September 2020 general election, a total of 26 female parliamentarians were elected or appointed to the House of Representatives and the Senate, respectively.

Opposition Spokesman on Finance Julian Robinson charges that for there to be change, it requires deliberate action for more women to become involved in the political process.

Robinson mooted that there needs to be quotas in each political party and also a special fund to support more women being involved, as he says they face financial constraints, among other challenges.

Robinson found support in his colleague Deputy Leader of Opposition Business in the Senate Donna Scott-Mottley, who also suggested that parliamentarians engage young women in mentorship programmes to improve interest in political participation.

“It is time that women are given safe seats. Safe seats are reserved for special men. I have personally walked the constituencies of both of these women [Juliet Holness and Juliet Cuthbert-Flynn] and I will say frankly, I have the highest admiration for them. Not even donkeys can travail some of the paths that they do to make contact with every voter,” she explained.

When women are given safe seats, Scott-Mottley said, they will not have to fight so hard to win.

The parliamentarians were panellists at today’s European Union-United Nations International Women's Day panel discussion under the theme 'Women in Leadership: Achieving an Equal Future in a COVID-19 World”.

Scott-Mottley highlighted that women do not have enough representation at the Cabinet level.

Holness, who is the deputy Speaker of the House, expressed that getting women involved in representational politics is always a challenge.

“It is dependent on your own constituents to vote you in, to be able to participate in that political process,” Holness said.

She said that in addition to being role models and providing mentorship, a special fund for women would make a difference.

“Men have supported men over the years. It is important for us to decisively put in place a fund so that women who would like to represent are given that equal opportunity in terms of the funding they need to be able to secure those votes,” said the St Andrew East Rural member of parliament.