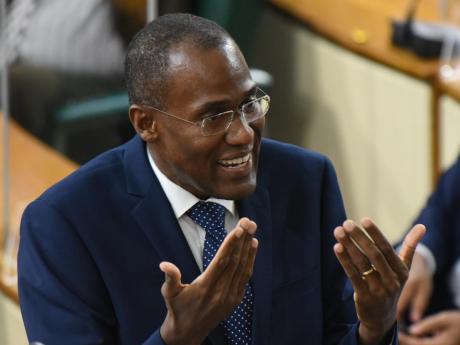 Clarke: A reality that all of us should have imprinted in our minds is that due to the COVID-19 pandemic, Jamaica’s foreign exchange inflows from tourism are projected to fall by 74 per cent.

For the fourth consecutive fiscal year, the Government has announced that there will be no new taxes.

Opening the Budget Debate on Tuesday, Finance Minister Dr Nigel Clarke said this is despite the massive economic hit caused by the COVID-19 pandemic.

The Planning Institute of Jamaica (PIOJ) has projected that the economy will decline by 12 per cent this fiscal year.

"A reality that all of us should have imprinted in our minds is that due to the COVID-19 pandemic, Jamaica’s foreign exchange inflows from tourism are projected to fall by 74 per cent of US$2.5 billion and setting us back by 30 years,” said Clarke as he detailed examples of the extent to which Jamaica had been badly bruised by the pandemic.

He said the Government had to enable the economic recovery and that it would be pursuing the appropriate measures.

In the meantime, Clarke announced that come next year, the government will be shifting the annual income tax filing date from March 15 each year to April 15, or another date early in the fiscal year.

The finance minister lamented that under the current system, 50 per cent of the Government's revenue was coming two weeks before the close of the financial year.

The finance minister also announced that a one of Bank of Jamaica dividend of $33 billion will be used to help fund a $60 billion social and economic recovery and vaccine programme.