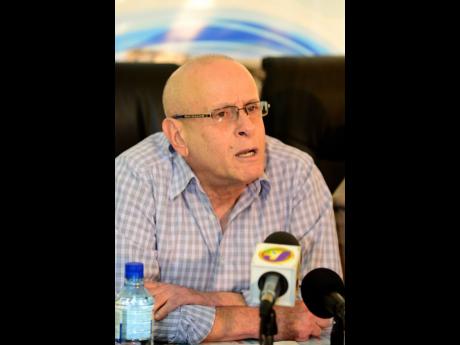 The long-term development plan for the Plantain Gardens River Agro-park in St Thomas, and adjacent land on which sugar cane was cultivated, calls for a mix of small farmer holdings and medium to large-scale investments projects, with agro-processing and packaging potential.

This was disclosed on Monday during a digital press conference by Joseph Shoucair, managing director of SCJ Holdings Limited which holds the land on trust on behalf of the Government of Jamaica.

“While we must make provisions for the small farmer and he has a just claim to the land, we have to make provision for the medium-sized investor who can bring some value added and provide some jobs and economic spin-offs for the community of Golden Grove,” Shoucair told The Gleaner.

SCJ has advertised four parcels of land in the press, “with preference for proposals which are geared towards value-added industries”.

It goes on to invite applications for:

• facilities/plant for processing raw materials and intermediate products derived from the agricultural sector and other agriculture sub-sectors with higher local economic development potential;

• packaging or other systems of preparing goods for storage, transport, logistics, sale and end use;

• storage and warehousing; and

The four parcels of land which total 600 acres have been acquired from the Jamaica Producers Group under a 25-year leasehold agreement and SCJ Holdings is looking to attract investment which will complement the production of the small farmers. He noted that very often, farmers are unable to market their excess production, and having an agro-processing/value-added component in such close proximity could spawn new enterprises in fruit juices and vegetable canning, for example.

“We believe this is the best way to proceed. If the Golden Grove area is to progress and to get some level of economic activity it is necessary to get medium-size and larger investors interested in the property, and this is the reason why these four parcels have been advertised for lease,” Shoucair told The Gleaner.

Meanwhile, Chief Executive Officer of Agro-Invest Corporation Michael Pryce explained that in addition to the 274 acres, it has received 145 acres which is intended for small farmers, but work is progressing to ensure that the requisite infrastructure, including irrigation and technical support from the Rural Agricultural Development Authority, is in place.

He added that community members will have first access to the land under structured arrangements.