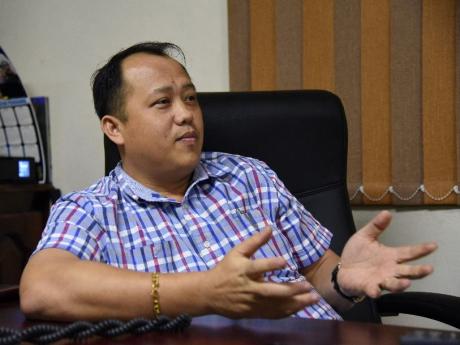 Several workers have been ordered to go into quarantine over suspected contraction of, or exposure to, the virus.

National Self-Serve Chief Executive Officer Stephen Liao has been admitted to the May Pen Hospital after suffering from respiratory problems.

Liao was transported there by an ambulance after a family member called in that he was having difficulty breathing.

The popular wholesale in May Pen, the Clarendon capital, has been shut down and is being sanitised.

Several workers have been ordered to go into quarantine over suspected contraction of, or exposure to, the coronavirus (COVID-19).

Kimberly Scarlett-Campbell, medical officer of health for Clarendon, declined to speak on the matter.

Custos of Clarendon William Shagoury said that he is hopeful that Liao will recover.

“He is one of the main donors to the parish and the health sector," Shagoury told The Gleaner.

The custos praised the Liao family for investing millions of dollars into healthcare and security for the hospital.

Chief Medical Officer Jacquiline Bisasor-McKenzie, who visited the May Pen Hospital after taking the COVID-19 vaccine at the Spanish Town Hospital on Wednesday, said she had not yet been briefed on the National Self-Serve shutdown.

However, she said that she is not surprised by the news that several workers contracted the virus.

“As you know, we have been emphasising the workplace protocols because these are some of the areas the prime minister [Andrew Holness] emphasised," Bisasor-McKenzie told The Gleaner.

"We have to get those people working from home where they can,” she said, adding, however, that the nature of some businesses exempted them from the recommendation because in-person interaction was at the core of their operations.