Modernisation of BOJ on track 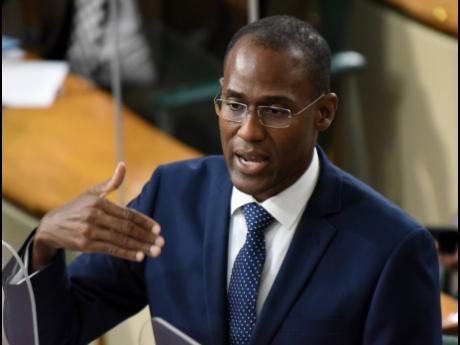 The transition of the Bank of Jamaica (BOJ) to an independent institution is slated to take effect on April 16, 2021.

Minister of Finance and the Public Service Dr Nigel Clarke says he will be taking steps to bring the Bank of Jamaica Amendment Act into effect then, adding that as of that date, the BOJ, particularly the governor, will only be accountable to Parliament.

He made the announcement while delivering the opening presentation in the 2021-22 Budget Debate in the House of Representatives on Tuesday.

Clarke said the legislation, which was passed earlier in the 2020-21 fiscal year, paves the way for the central bank’s modernisation.

The act will result in the BOJ’s mandate being rescoped to full-fledged inflation targeting; strengthening of the institution’s capitalisation, governance, transparency and accountability; staggered board appointments, such that the entire body cannot be replaced by any single political administration; devolving of responsibility for monetary policy decisions from the finance minister to a policy committee; and making the minutes of these decision-makers public.

Clarke said that in anticipation of the legislation’s passage, the Government injected a permanent allocation of $20 million into the institution in 2018, “which allows the Bank of Jamaica to be compliant with the capital standards of the act”.

“With price stability being the central bank’s objective now and into the future, with the [BOJ] having the power and independence to pursue that objective with transparency and accountability, households, businesses and investors will [be able to] make more longer-term decisions and commitments,” he informed.