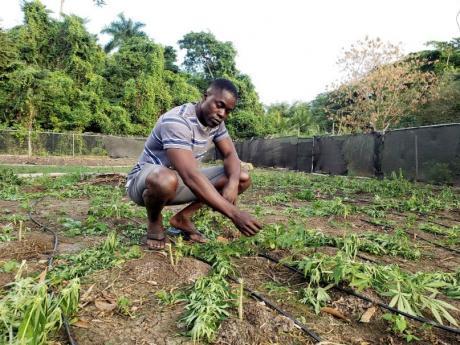 The St Thomas man who accused the police of wrongfully invading his home and destroying his ganja farm in the community of Dumfries had his bail revoked when he appeared before the parish court this afternoon.

Forty-four-year-old Royan Harris is charged with possession of, dealing in, and cultivating marijuana.

Harris, who has accused the police of being malicious, has been questioning why no arrests were made on the day of the raid.

He claimed that despite numerous checks made by him at the police station, no information on the raid or a warrant for his arrest was available until two weeks later when he was contacted by someone from Narcotics Division to set up a meeting.

That meeting was held on Tuesday, March 2, where Harris was charged and subsequently offered $200,000 station bail.

The bail was revoked when he appeared in court today and he has been remanded.

He is to return to court on Thursday, March 18.