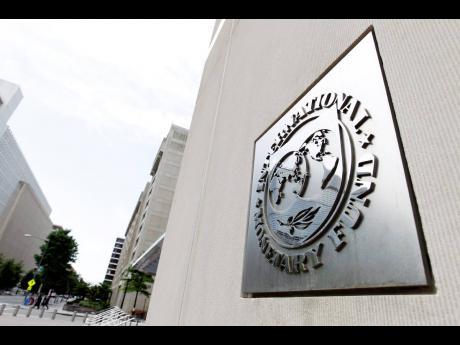 The International Monetary Fund (IMF) has warned that many Caribbean countries risk becoming what it describes as COVID-19 “economic long-haulers."

“Much the same as some patients could suffer from lingering illnesses long after the coronavirus infection has passed, the pandemic’s economic fallout might be felt in the region long after the health emergency is controlled,” said the Washington-based financial institution in its Country Focus report.

“The reason is that most of its countries rely heavily on tourism. Due to their small size and limited room for manoeuvre, Caribbean economies were among the most affected by the pandemic,” the report stated.

“With annual hotel stays plummeting by 70 per cent and cruise ship travel completely halted, tourism-dependent countries contracted by 9.8 percent in 2020.”

But the IMF said commodity exporters in the region – Trinidad and Tobago, Suriname and Guyana – were less affected and saw a mild contraction of 0.2 percent.

The financial institution said most Caribbean countries managed to contain spread of the diseases initially, and reopened to international travellers in the second half of 2020.

However, it said renewed waves of infections and travel restrictions in the countries where most visitors originate – the United States, United Kingdom and Canada – “have put a much hoped-for tourism rebound in check."

“This could lead to significant long-term scarring,” said the IMF, alluding to the loss of jobs hitting mostly youth, women and less-educated workers. It could also result in increases in poverty and inequality; potential closings and bankruptcies of hotels, resorts and associated tourism services, such as restaurants, shops and tour operators; fewer flights to and within the region, as airlines struggle to recover; and loss of global market share, if cruise operators permanently reroute ships to other destinations.

But, it said, many countries still face a gap due to growing fiscal deficits and tightening borrowing conditions, as the crisis persists.

Assuming no new external financing and realistic tourism scenarios, the IMF estimated the region’s financing gap at around US$4 billion, or 4.8 percent of 2020 regional gross domestic product (GDP).

“The ever-present risk of natural disasters could make it even wider,” it warned.

The lending institution said avoiding the long-term effects and seizing the global recovery will require “a nimble combination of short- and medium-term policies.”

It said protecting lives and livelihoods remains the priority, adding that spending on treatment, testing, contact tracing and vaccine access is “imperative to limit the economic scarring.”

The IMF noted that many Caribbean nations have joined the COVAX initiative and have made bilateral agreements to obtain additional vaccines, “although coverage is still low”.

Given the logistical challenges and the lack of economies of scale at the national level, the IMF said strong regional collaboration is “key to [ensuring] efficient vaccine distribution.”

The Washington-based institution said that economic support should be sustained until the recovery is entrenched, including measures to safeguard financial stability.

To create space for such support and to rebuild buffers, the IMF urged Caribbean governments to accelerate progress on strengthening fiscal policy frameworks.

It said the extension of the G20’s Debt Service Suspension Initiative until June 2021 “provides some relief for countries with large borrowing needs and debt sustainability concerns.”

Once the recovery takes hold, the IMF said Caribbean countries should tackle their debt problems.

It said restoring debt sustainability will require “well-calibrated and appropriately balanced revenue and expenditure measures to reduce the primary deficits while minimising the contractionary impact on growth, as well as greater efforts to mobilise concessional financing to help build resilience against future shocks.”

“These efforts should be complemented with structural reforms to strengthen competitiveness and raise long-run growth,” the IMF said.

At the regional level, it noted that the Caribbean Community (CARICOM) has launched a Caribbean Economic Recovery and Transformation Plan to develop a financing strategy to support post-pandemic investment needs.

The IMF said it is partnering with the broader international community to find innovative solutions to help small developing states to confront these enormous challenges.

It said Caribbean countries will need to adapt to the post-pandemic international tourism market, stating that a shift to eco-sustainable tourism with lower density, higher value-added and greater integration, with local suppliers, “may allow countries to reduce the potential health risks currently associated with mass travel.”

Additionally, the IMF said the region could also harness its “blue economy” potential – sustainable use of ocean resources – by increasing investment in shipping, fisheries and aquaculture.

“Countries should continue to pursue technological innovation, such as digitalisation and fintech, to improve efficiency, reduce cross-border transfers costs and facilitate international trade.”

“It is also important not to forget that advancing regional integration – an  important and long-standing goal to face common challenges – would help Caribbean economies build greater scale and stronger resilience against future shocks,” the IMF added.