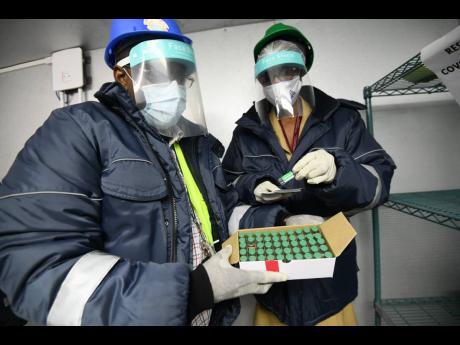 In a bid to abate emerging concerns across the region, the Caribbean Public Health Agency (CARPHA) has said that the version and batch of the AstraZeneca vaccine being used in the Caribbean is not the same as the one now temporarily halted in Europe.

Some European countries have suspended use of the COVID-19 vaccine developed by Oxford University in England, following deaths from blood coagulation-related illnesses after receiving the vaccine. Denmark was the first to announce suspension, while Italy’s pharmaceutical agency on Thursday also ordered a precautionary ban on a particular batch of the AstraZeneca vaccine after what it said were “serious adverse events.”

Jamaica, this week, began inoculation of its front line workers to include health workers and the police, after receiving 50,000 doses as a gift from India on Monday.

In a release yesterday, CARPHA said a link between the vaccine and the deaths has not yet been determined, noting that the suspensions are a precautionary measure, while a full investigation is conducted into the reports.

"Adverse reactions that happen following immunisation with any vaccine need to be fully investigated to rule out various factors, for example concomitant illnesses, progression of a disease, and batch assessment, before a final decision is made by the health authorities," CARPHA said.

It continued: "It must be noted that the vaccine being used in the Caribbean is not the same version or batch as the one in Europe."

The regional health agency said it will immediately communicate the findings and any recommendations  from the World Health Organization (WHO) to regional and international health partners as soon as the body gains a full understanding of the relationship between the deaths and the vaccine. It said the WHO's Global Advisory Committee on Vaccine Safety is carefully assessing the current reports on the AstraZeneca vaccine.

Its encouraging persons who have been vaccinated with any of the COVID-19 vaccines available in their country, to report adverse events that occur after vaccination to their local health authorities.