COVID-19 vaccines not mark of the beast 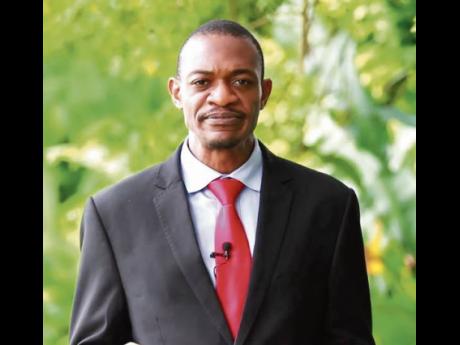 Fears that COVID-19 vaccines may be the apocalyptic mark of the beast have been dismissed by Northern Caribbean University (NCU) theologian, Dr Ikechukwu Michael Oluikpe. He has also eliminated identification cards, chips, credit cards, barcode, or tattoos from consideration as possibilities for the end-time phenomenon described in Revelation, the last book of the Bible.

Speaking during the university’s recent Research Week, Oluikpe, an associate professor in the School of Religion and Theology (SRT), posited that the mark of the beast is the “Papacy Sabbath”, which will be the enforcement globally of Sunday as the day of worship over the biblical Sabbath.

“No one has the mark of the beast now, but the world is preparing either to receive it or reject it. It is the enforcement of Sunday worship,” he said during the first of two presentations at the SRT Research Symposium held on February 25 at NCU, which is owned by the Seventh-day Adventist Church.

He informed that, from the Adventist perspective, the mark of the beast was not yet enforced.

“The seven last plagues will be poured out after the mark of the beast has been enforced.”

According to Oluikpe, after Jesus finishes his intercession for humanity in the heavenly sanctuary, the wrath of God would be poured out in the form of the last plagues. Those not being affected by the last plagues would be sealed by God.

He affirmed that it was not only Adventists who would be sealed by God, but all those who heed the warnings of the judgement and reject the mark of the beast. The seal of God, he explained, was really the possession of the character of God.

“There is no distinction between the seal of God and the Sabbath. The Holy Spirit writes His commandments in our hearts, and the Sabbath is one of those commandments,” advised the theologian. “More important than the Sabbath is a personal relationship with God. So, as we make choices daily, we are preparing for that time when destinies will be sealed. And I believe that when people die, their probations are closed,” he added.

Oluikpe compared the 2300-day prophecy interpretation of Seventh-day Adventists with the seven-year tribulation wrath of God prophecy interpretation of other Christian denominations. He pointed out that Adventist eschatology does not accept the seven-year tribulation and the secret rapture or forgiveness of persons during this period. Adventists believe that all, saved and unsaved, will see Jesus at His second coming at the same time, and all judgements would have been decided, whether such is favourable or unfavourable for individuals who see Jesus.

In his second presentation regarding the reference of “no more sea” in Revelation 21:1, Oluikpe suggested that “sea” was symbolic of all the evil, chaos and barriers separating God from His people.

“So, the good news, in the midst of this pandemic, is that God is sovereign over all our troubles and one day there will be no more sea,” he added.