Gregory urges Christians to get vaccinated against COVID-19 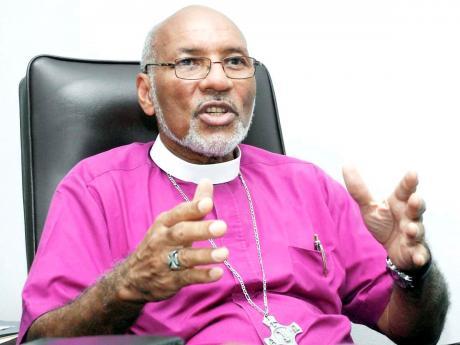 The Most Rev. Howard Gregory, Archbishop of the West Indies and Bishop of the Diocese of Jamaica and The Cayman Islands (file photo). 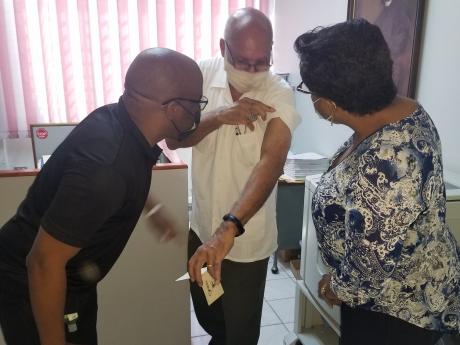 The Most Rev. Howard Gregory, Archbishop of the West Indies and Bishop of the Diocese of Jamaica and The Cayman Islands, shows the vaccinated area on his arm to Rev. Craig Mears (left) director of youth ministries and Mrs. Jacqueline Mighty, Diocesan secretary (contributed).
1
2

Head of the Anglican Church in Jamaica and The Cayman Islands, Archbishop Howard Gregory, is seeking allay fears of COVID-19 vaccination among Christians, urging them to get inoculated.

The archbishop made the plea as he made good on a commitment to be first in line to be vaccinated against COVID-19, receiving his first dose of the AstraZeneca vaccine late last Thursday at The Good Samaritan Inn in downtown Kingston.

“Take the vaccine if it comes your way…be positive agents. We have a responsibility as Christians, as people who are informed to correct the misconceptions out there. I am going to be the first in line when the opportunity comes,” the archbishop was quoted in a release issued by the church on Friday. He was speaking at the Annual Service of the Mothers’ Union, organised by the Women’s Organisation in the Diocese.

He noted that people were being influenced by an abundance of misinformation on social media and urged his congregation to correct existing misconceptions, especially those relating to the vaccine.  He pointed out that the World Health Organisation has tasked Anglican leaders with assisting in passing on credible messages to the religious community and wider society.

“Scientists do the research, they develop the vaccines, but they don’t end pandemics. It is societies that end it. It is people like you and me that end it. So you could have a million vaccines, and if people are not prepared to participate and to play their part, we are not going anywhere,” Gregory said.

He noted that his own experience with receiving the vaccine was smooth, underscoring that there is nothing to fear.

“I have felt no after-effects and I look forward to receiving the next shot and to interacting with other persons without the threat of serious illness,” the archbishop said.