'Aunt V' monument set to be unveiled in September 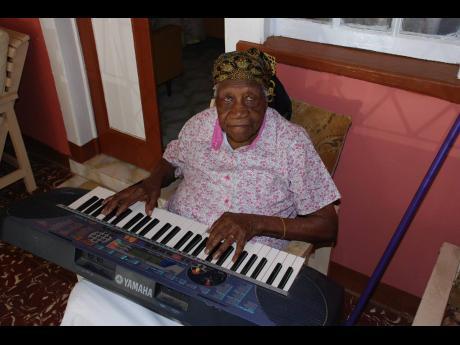 A monument is to be erected in honour of the late Violet Moss Brown, who had been recognised as the world' s oldest living person and oldest woman in July 2017.

Her eldest son, Harland Fairweather, also held the world record during the same period, as the world’s oldest man with a living parent.

Brown, known affectionately as 'Aunt V', died in September 2017 at 117 years-old, only a few months after being recognised with the world record. There was controversy over death, as it was alleged that she was taken from home in Duanvale, Trelawny and placed in a home for the aged by a family member. She died two days after leaving Duanvale, at the Fairfield Medical Centre in Montego Bay, St James.

Fairweather also died in the same year at age 97.

Since Brown's death, relatives and residents of Duanvale, have been clamouring for a monument to immortalise her achievement. Their demands grew stronger following another controversial decision by a family member to donate her body to The University of the West Indies for research.

The marker- a life-size bust of the centenarian- promised by Minister of Culture, Gender, Entertainment and Sport, Olivia Grange in 2017, is now to be erected as the first in a series of initiatives to celebrate the country's Diamond Jubilee. Jamaica will celebrate 60 years of independence from Britain in 2022.

In a release from her ministry, Grange said the monument will be unveiled on the anniversary of 'Aunt V's' passing on September 15. The street on which she lived will also be renamed in her honour by the  Trelawny Municipal Corporation, which is collaborating with the culture ministry to honour Brown.

The decision to name the street for Brown, appears to be a reversal of a previous decision, as The Gleaner quoted former councillor for the area, Telka Holt in 2019- two years after Brown's death-  as saying that“the street is already named in honour of former councillor, Neville Palmer so it cannot just be named after Aunt V."

The culture ministry, which has responsibility for the celebrations to mark the occasion, will be hosting a series of activities leading-up to the official period commemorating the Diamond Jubilee in 2022.