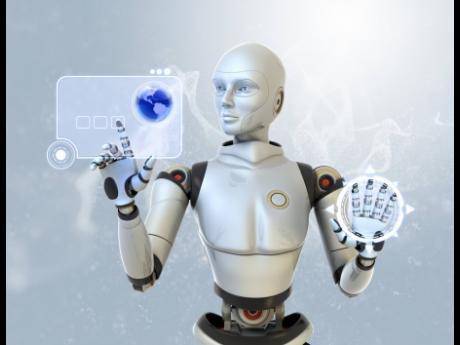 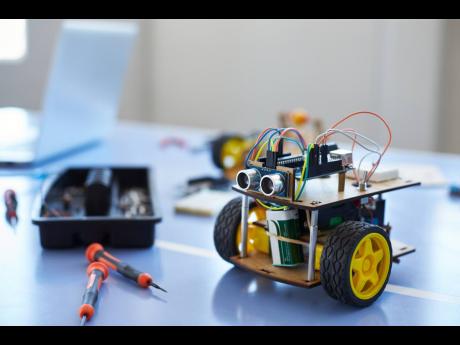 It may be time to start thinking about putting more robots and automation in our healthcare system. This is important and takes on even more relevance with the current pandemic and the levels and rate of infection of COVID-19.

We hear reports of healthcare workers who have contracted COVID during the course of their job, and then those workers are at risk of infecting their family members and others, continuing a dangerous cycle. We are finally beginning to have some hope with respect to the possible drastic reduction of cases of COVID-19 through vaccination, but what of the next pandemic or highly contagious and dangerous illnesses like Ebola, cholera and even seasonal influenza?

In the last 10 years, we’ve come to better understand the capacity of diseases to cross borders during outbreaks of the Ebola, chikungunya and Zika viruses. Ebola did not get to Jamaica, but it affected a close neighbour – the United States. All these illnesses required patient isolation.

We are not anywhere near where we need to be able to put in the place the kind of technology network within our facilities that would take full advantage of automation and robot technology, but we do have the beginnings of it and a system we can continue to build on. Already, we have a health information management system at the University Hospital of the West Indies, and the Government recently put out a bid to acquire a system for public hospitals and health centres. This would be a complement to the increased use of robotics and automation to eventually having robots perform simple and routine tasks for patients.

Patient acceptance of such an initiative would be important, of course, but at least one study done on this matter has shown some positive results.

“A study published in the Journal of the American Medical Association Network Open found that most participants believed that using a robotic system for facilitating healthcare tasks is acceptable. Researchers from MIT (Massachusetts Institute of Technology) and Brigham and Women’s Hospital first conducted an online survey of around 1,000 people asking about the acceptability of robots in healthcare. Next, they tested one of their robots – a doglike robot developed by Boston Dynamics – in the emergency department at Brigham and Women’s Hospital last spring,” says a report on www.healthcareitnews.com.

The online survey found that most people would accept the use of robots in a healthcare environment to undergo simple and routine tasks that would have normally required close contact by a healthcare professional.

Given the situation with COVID-19, this has become an even more urgent priority for many facilities and something that patients would welcome as it would significantly reduce their risk of infection. This is not to say that we would get similar results if such a survey were to take place in Jamaica. We have traditionally been much slower at technology acceptance that many other parts of the world, but this is something that we should explore as it will become a standard for healthcare in years to come.

There are several advantages to using robots in healthcare, including a reduction in errors caused by fatigue and other human constraints, better use of human resources continued engagement when monotonous and repetitive tasks are performed by robots, less risk when cleaning a hospital environment and, as we have mentioned above, a possible reduction in the transmission of infections.

Robots are already a way of life for the health system of many countries.

According to the latest Surgical Market Research Report (2014-2025), it is estimated that the global surgical robotics market will be US$13 billion by 2025 ( http://www.marketwatch.com). This only speaks of robots being used in surgery, so there is even a bigger market out there when we consider robots being used for other areas. Overall, robotics is an area that is expected to continue to grow exponentially in the future.

Could robots help to reduce infection rates and save lives? I believe this to be so and by every indication, many countries believe this could be the case as well. One thing that has been agreed on is that introducing robots into the healthcare system would be beneficial to both patients and practitioners.