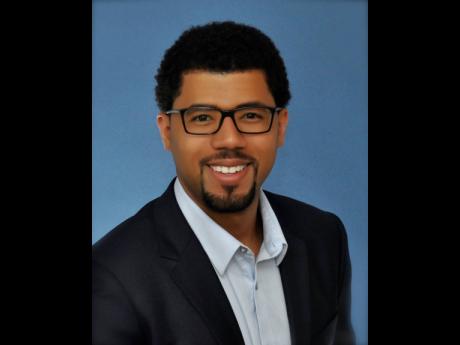 Jamaica-born Oliver McRae, a postdoctoral associate at Boston University (BU), and Associate Professor James Bird, have published a study which adds to the knowledge of how disease is spread and may have a bearing on the transmission of COVID-19.

Published in Physical Review Fluids Journal of the American Physical Society (APS), which specialises in the publication of “innovative research”, McRae’s paper is scheduled to appear in APS’s special collection of COVID-relevant research.

Thirty-year-old McRae, son of retired pilot David McRae and attorney-at-law Herma McRae, is the study’s lead author. He and Bird led a team from BU’s College of Engineering and the Centers for Disease Control and Prevention (CDC) in a study on the violent, unseen forces unleashed during aerosol formation. When one coughs, sneezes, or even just speaks, threads of the fluid which lines your respiratory tract break into tiny droplets, or aerosols, some of which may hang in the air for minutes or hours.

They theorised that the same process which creates these droplets could also generate stresses high enough to cause damage. Some aerosols may contain pathogens – microbes, bacteria or viruses that cause disease. McRae and his team set out to calculate what happens around the moment when the droplets are formed. Noting that droplets can contain microbes, McRae said that to spread disease, those microbes must be able to survive this whole churning and agitation process, as droplets break off to go spinning into the air where someone might inhale them.

McRae explained that the same churning process that gives aerosol-borne microbes a chance to spread may also stress and kill them before they get that chance.

Following extensive research and simulations, they concluded that smaller droplets are more damaging, and that while agitation may not kill all microbes, it has the potential to lower the number of viable pathogens in aerosols. Meaning that the infectious load and likelihood of transmission could also be reduced.

For example, saline spray has been proven to increase surface tension on droplets, which could increase agitation. Some previous studies touched on hydrodynamic agitation as a factor in microbial viability, but McRae and Bird’s study, done in collaboration with a colleague at the CDC, is the first to quantify that agitation.

McRae, who earned master’s and doctoral degrees in mechanical engineering from BU’s College of Engineering and a bachelor’s in biology from the College of Arts & Sciences in 2012, says he is very excited about the possibility of being able to help people with reducing transmission and minimising infections.

“We set out over three years ago to improve our understanding of disease transmission by focusing on what we do best, basic droplet-based physics. I certainly didn’t anticipate that the work would be released amid a global pandemic,” he said. “As a mechanical engineer focusing primarily on fundamental problems, I feel fortunate to be able to work on research with such timely implications.”

McRae said that he is hoping that the project will have a broader impact.

“I hope, like so many researchers do about their own work, that this study can have a positive impact on our current global situation. However large or small that impact may be, it is the kind of driver that makes going to the lab each day feel not like something I am required to do, but rather, something I want to do, “ he said.