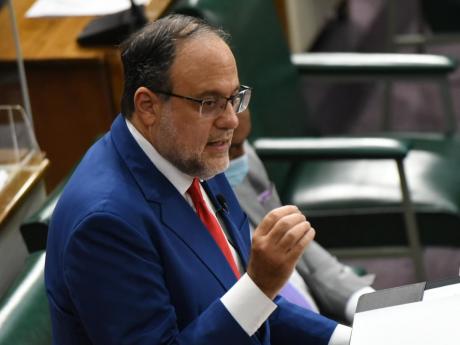 Golding: The nation needs us to work together to tackle the current crisis. Mr. Prime Minister, I urge you to do the right thing.

In his contribution to the Budget Debate Tuesday afternoon, Golding said the Government and the Opposition have not had a single meeting since he became Leader of the Opposition in November last year.

“The lack of an effective channel of dialogue between both sides is not good for Jamaica,” Golding told Holness.

“We should restart the Vale Royal Talks. The nation needs us to work together to tackle the current crisis. Mr. Prime Minister, I urge you to do the right thing,” said Golding.

He reminded the prime minister that the Vale Royal talks in which their predecessors engaged, allowed the Government and the Opposition to discuss important matters affecting the country and develop consensus where possible.

That decision was made after the Jamaica Labour Party's landslide election victory in September.

“We do not accept it, and civil society does not support it. It has weakened the system of checks and balances on which an accountable and transparent democracy depends,” said Golding.

The convention for Opposition members to chair parliamentary oversight committees was introduced by former Prime Minister Bruce Golding and maintained by both sides of the political divide up until September 2020.