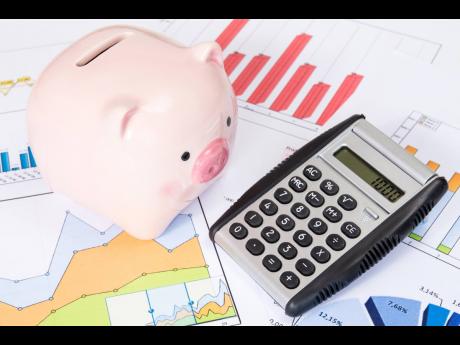 One year into the COVID-19 global pandemic and Marcia Williams* has already seen positive changes in the amount she has been able to save from her pay cheque each month.

“Before the pandemic, I was barely making ends meet. After I paid my bills, shop for groceries, and pay my child’s school fee, I hardly had anything left to save. I would probably be able to save maybe a five per cent of my income every three months or so,” she noted.

However, since working from home, Williams has been able to consistently save more from her salary each month.

“Living in quarantine for almost a year has really forced me to think differently about creating better spending habits and how to focus more on saving,” she admitted.

The human resource professional noted that one of the first things she did at the start of the pandemic was to cut back on the non-essentials.

“One money lesson I learned very early was that while some items are essential, many are not. Because I was no longer commuting to work, I automatically saved on gas and other travel expenses. But I also saw real savings on other items, such as make-up, clothes, and shoes. All of this totalled a substantial sum,” Williams noted.

She also cut back on gym fees and started working out in her living room. “We also started eating all of our meals at home. Therefore, no more fast food or eating at restaurants,” the Old Harbour resident added.

She pointed out that she became deliberate with her budgeting.

“I started putting everything on paper, and even went as far as to download a budgeting app on my cell phone. This is a far cry from what I used to do, which would just be trying to maintain my budget in my head,” she said.

Williams said she got serious about calculating her monthly income and made note of all her expenses in order to figure out where she was overspending.

Additionally, the mother of one, who has been a member of JN Bank for 30 years, said she even went as far as to set up a monthly automatic transfer with her bank to force herself to save more. “I have a high-yielding account, and so I’ve made arrangements with my employer to ensure that a certain amount goes directly from my salary to that account automatically every month,” she said.

Williams remarked that one of the good lessons that has come out of the pandemic is that it has helped her to take better control of her finances.

Rose Miller, head of the JN BeWi$e financial empowerment programme, noted that much can be learned from Williams and the decisive steps she has taken to save more from her salary.

“Many of the steps she has taken are some of the practices that we have been preaching as part of our financial literacy programme for years,” she said.

Miller noted that even if persons are in a low-income bracket or have suffered a salary cut, it is still possible to save.

“Begin with what you can, no matter how small, and be very intentional about increasing that amount as soon as you are able to. The tried-and-tested strategy of cutting back on spending, reducing debt and seeking additional streams of income will greatly improve the chances of success,” she stated.

“The first place to start in improving your money management skills is making a budget and sticking to it. It also makes sense to take automatic withdrawals from your pay cheque. This way you are paying yourself first, and you lessen the temptation of using the money for something else,” she added.

Miller also reiterated the point that saving is possible despite an individual’s income bracket. “Again, I will say it doesn’t matter how much you make, once you live within your means, ideally living on less money than what you earn, it is possible to put something aside for a rainy day, and the value and importance of that cannot be overemphasised.”