Lumi champions pressing ahead with currency despite BOJ advisory 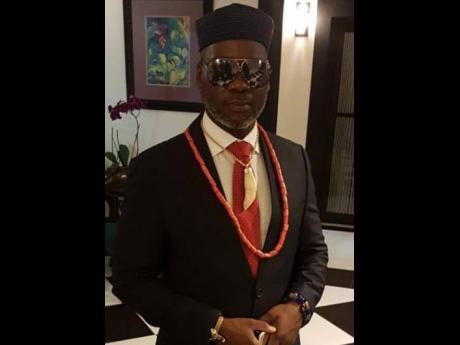 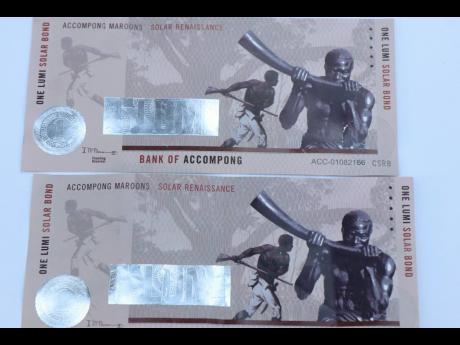 The creators of the Lumi currency are not concerned about being accepted by the Bank of Jamaica (BOJ), which has sent out an advisory stating that the Central Solar Reserve Bank of Accompong is not licensed here.

During a conference staged by the State of the African Diaspora (SOAD) and the Economic Community of the Sixth Region (ECO-6) last Thursday, chairman of the African Kingdom Federation, Timothy McPherson said Jamaica had a number of sovereigns, and the BOJ issues a currency that represents the interest of the Queen of Jamaica, Her Majesty Queen Elizabeth.

He explained that their contingency was the Diaspora, which is the sixth region of Africa. The region is made up of the Americas.

McPherson, who is chairman of the Door of Return Committee, said there was no standing by or waiting for government transformation to occur. Instead, appropriate action is being taken worldwide as work is being carried out in more than 135 countries in which the Lumi is now traded.

Speaking on behalf of the African Kingdom Federation, McPherson, who is renowned as a financial engineer, called for the immediate cessation in the sale and distribution of African resources and other raw materials until the integration of the Diaspora is achieved and their ancient birth right bestowed upon them.

“We ask the global community to cease from purchasing these resources and the colonial states to cease from selling them, so that the Diaspora may receive their inheritance,” he urged, noting that the Lumi is the official currency to be used throughout their kingdoms and the continent of Africa, so they may transform their economies and re-establish their presence as leaders on the international stage.

“We are in a new economic era, an era in which Africa and the global diaspora will trade and cooperate with one another. The kingdoms have adopted the Lumi as their official currency throughout the continent and the African Diaspora’s sixth region,” he emphasised.

Jamaican businessman Hugh Johnson, and immediate past president of the Small Business Association of Jamaica, who has been using Lumi for the last four months, said that some local farmers have been using the currency to purchase their organic fertilisers and agricultural inputs.

Johnson, who is a vice prime minister of SOAD, say they access the Lumi wallet through the Google PlayStore, where they trade on the Swifin platform.

“They register there, get their Lumi wallet and can trade with anyone right across the world,” he said, adding that the response to the Lumi has been superb.

Many Jamaicans have been logging on and receiving their monthly COVID-19 stimulus of 6.26 Lumi from the SOAD, which is equivalent to US$100.

The group has committed to a US$6 trillion stimulus package in Lumi, which they have been disbursing since October 28, 2020. This will end in October 2023.

“It is the first central bank issuance of currency that is following the bottom-up approach and not the trickling-down method,” said the vice prime minister.

Johnson argued that financial systems that have existed for hundreds of years were designed to cause one per cent of the population to own 99 per cent of the wealth. He said it was time to reverse that by giving the masses the opportunity to liberate themselves where they can have true prosperity for generations to come.

“Road to liberation could be likened to a marathon. Our forefathers ran their leg well, the baton is now passed to us. Will we drop the baton or will we run the race to give our next leg an advantage?” he stated.