Hospitals being supplied with oxygen – MOH 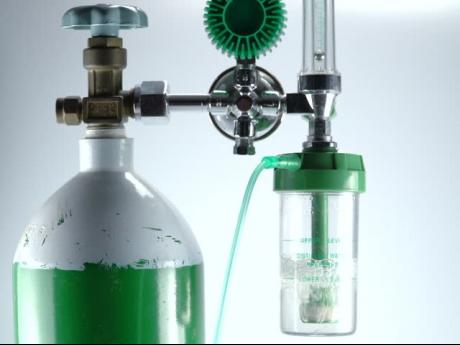 Following shortages experienced at the weekend, the Ministry says several public hospitals have now been provided with liquid oxygen for between seven and 14 days of usage.

The Ministry of Health and Wellness says all efforts are being made to ensure the island’s public hospitals are adequately supplied with medical-grade oxygen to safeguard the best possible health outcomes for patients in need.

A number of hospitals have been experiencing shortfalls.

Following shortages experienced at the weekend, the Ministry says several public hospitals have now been provided with liquid oxygen for between seven and 14 days of usage.

The Ministry says an additional 100 cylinders have been sent to the Cornwall Regional Hospital & 50 to the Spanish Town Hospital to complement their existing float.

This allows them some two to three days of cylinder medical oxygen on hand, it noted.

Bulk medical oxygen storage at the National Chest Hospital is being expanded by 100 per cent while a liquid oxygen tank will be installed at the Falmouth Hospital later this week to provide storage for up to three weeks’ usage at that facility.

* Percy Junor will be upgraded to accommodate two weeks’ storage in a few days.

The health ministry stated that information from the supplier, IGL Limited, is that all other hospitals are adequately supplied as of yesterday and are to remain that way as it received additional cylinders on Sunday, with an additional 450 coming in early April.

The supplier has also indicated that its production plant is running well even as it will bring product to the island to subsidise the demand for as long as is needed.