Jamaican woman again facing charges in US for defrauding elderly 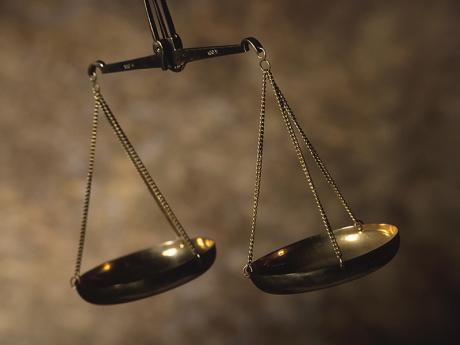 A Jamaican woman is again facing criminal charges in Connecticut in the United States for allegedly defrauding a disabled American army vet under her care.

Phillianne Barnett, 42, was arrested and charged on March 2 with bank fraud for allegedly diverting money intended for the army vet into her account.

Authorities, who are investigating Barnett, disclosed last week that a second complainant was discovered last month - an elderly resident at an assisted living facility in the Waterbury area where she purportedly worked.

Charging that the home health aide has a history of using aliases such as ‘Phillianne Burke’, ‘Susie Barnett’, and ‘Nikki Daley’, investigators believe there could be other victims and made a public appeal for them to come forward.

“Individuals who believe they have been victimised by Barnett are encouraged to contact Special Agent Abraham Raymond, with the US Department of Veterans Affairs, Office of the Inspector General,” the US Attorney’s Office for the District of Connecticut said in a statement released on March 4.

Barnett was first convicted in 2003 in the Eastern District of New York for defrauding an individual who suffered from cerebral palsy, according to the statement, which did not indicate the sentence that was imposed.

Prosecutors led evidence that she opened credit cards in the victim’s name and used them for her personal expenses.

On August 30 last year, Barnett was released from a Connecticut prison after completing her five-year sentence for identity theft offences related to the Alzheimer’s stricken woman.

But investigators claim that by the following month while on probation, Barnett used the alias ‘Philliann Burke’ to land a job as a home health aide at a company that provides services to disabled veterans who receive benefits from the Department of Veterans Affairs.

She began working with the company on September 11, 2020, and not disclose her criminal history, the District Attorney’s office claimed.

Summarising the allegations against Barnett, authorities say that in November 2020 while caring for the disabled army veteran, the Jamaican woman forged the veteran’s signature on a cheque then deposited it into her account.

She has also been accused of stealing money from the second complainant’s bank account and depositing it into her account using the ‘CashApp’ cell phone application.

Barnett has been released on bail in the sum of US$75,000 and confined to her New Britain home.

She is subject to GPS monitoring and was ordered to surrender her passport.

Further, the Jamaican woman has been ordered to comply with her state probation conditions, which include a ban on working as a home health aide.

The offence of bank fraud carries 30 years in prison.