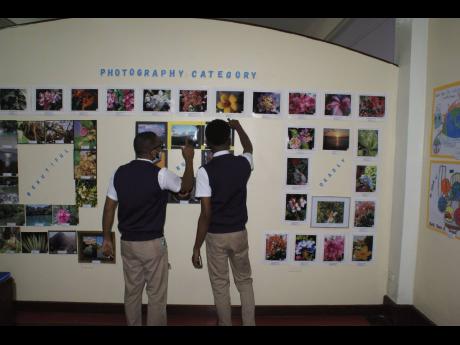 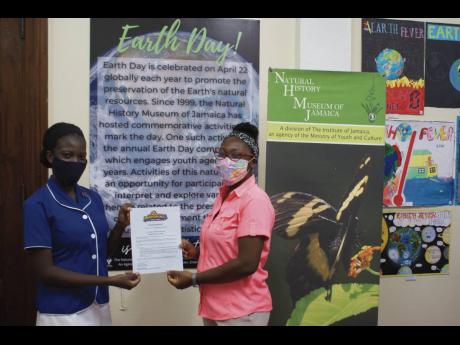 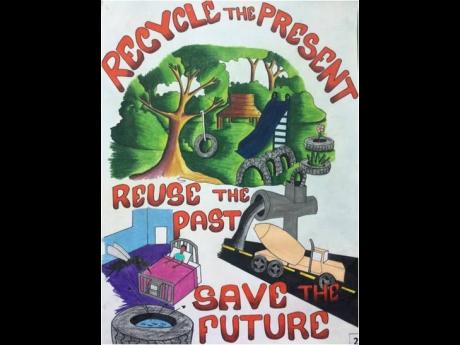 Contributed
One of the IOJ poster entries from 2018 reflecting the theme ‘Trash to Cash’.
1
2
3

Young Jamaicans will have an opportunity to exercise their creativity while contributing to environmental awareness raising and in observation of no less a day than Earth Day 2021.

This is being made possible, courtesy of the Natural History Museum of Jamaica’s (NHMJ) annual Earth Day competition, being held this year under the theme ‘Restore Our Earth’ for global Earth Day celebrations on April 22.

“Earth Day should be every day! As we reflect on relevant ways to promote environmental awareness among Jamaicans, here is a competition calling everyone to action! Earth Day is celebrated on April 22 each year to promote the preservation of the earth’s natural resources,” the NHMJ said in news release.

“The annual event, which started in 1970, provides everyone with an opportunity to explore a range of themes surrounding the preservation of earth’s natural resources while harnessing the creative talents we possess.

“This year’s Earth Day 2021 competition theme, ‘Restore Our Earth’, signals to every individual the responsibility we all share in replenishing the earth, after use of its resources,” the entity added.

With Jamaica prone to a range of hazards, including droughts and hurricanes associated with climate change, the conditions are ripe for inspired creativity.

“Jamaicans must also be aware of the important consequences that climate change has on our country. The impacts of climate change will see sea levels rising, the accelerated erosion and flooding of coastal areas, increased frequency and intensity of hurricanes, coral reef destruction, and the spread of vector-borne diseases,” the NHMJ said.

“As Earth Day passes its milestone 50th anniversary in April 2021, nature and the environment will still face enormous challenges, including loss of biodiversity, pollution, degradation of our ecosystems, and climate change. The NHMJ is inviting entries to this competition, open to all children and youth aged 12-19 years, or students in grades 7-13. Eligible persons are asked to submit individual entries to the Poetry, Poster, and Photography categories,” it encouraged.

There will also be an open video category for persons to submit a 1-minute video clip featuring the environment in danger and its attempt to get the attention of humans to cease their actions which result in continued destruction. The open video category is not limited to any age group.

The final deadline for submission of entries is Monday, March 26, 2021. Following judging, the winners will be announced during the annual Earth Day Competition Awards Ceremony that is to be announced.