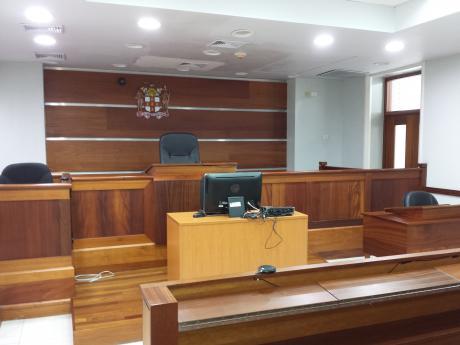 Timmone Williams, Nadine Aldridge and Schakenna McLeod were granted bail in the sum of $850,000 when they appeared before the Corporate Area Parish Court today.

Three women who had been jailed on assault charges in relation to the near-death beating of 17-year-old Kaylan Dowdie have now been offered bail.

Timone Williams, Nadine Aldridge, and Schakenna McLeod were granted bail in the sum of $850,000 when they appeared before the Kingston and St Andrew Parish Court today.

Their two co-accused, Crysian Lewis and Yoland Vassell, were granted bail in January.

In court today, the judge said Williams, Aldridge and McLeod, who are all originally from Grants Pen in St Andrew, should report to the police daily.

However, they must stay at addresses outside the parishes of Kingston and St Andrew.

Lead attorney Peter Champagnie, Q.C. submitted that the allegations did not reveal that Williams was involved in the attack on Dowdie.

Instead, he said the allegations claimed that she engaged in a physical altercation with another woman who was attempting to join the fight in which Dowdie was hurt.

Champagnie also said the evidence did not reveal any direct threats to Dowdie’s relatives but that there was only hearsay.

Aldridge is being represented by attorney Samoi Campbell and McLeod by Shamar Hanson.

The matter is set for mention on June 16.

If the prosecution’s case file is completed a for a committal hearing could be determine.