‘We all need to meet each other halfway’ 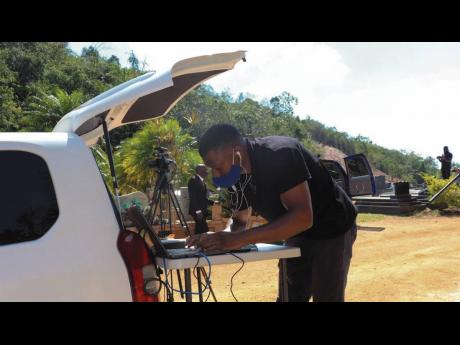 Contributed
Orando White and his team providing audiovisual services at a funeral in Manchester. 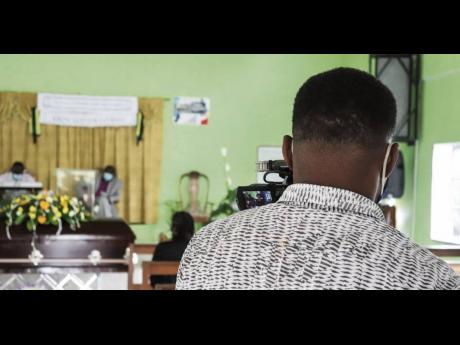 Contributed
Orando White and his team providing audiovisual services at a funeral in Manchester.
1
2

A Manchester funeral director has called on providers of such services and other corporate entities to rally behind customers hit with mounting costs due to COVID-19 restrictions, stressing that compromises will be necessary to make it through the pandemic even as a ban on burials remain in place.

The burial ban, which was set to run for two weeks from March 8 to 22 as the Government tries to rein in runaway COVID-19 infection numbers, was amended last weekend to allow the interment or cremation of indigent persons in state care, bodies in an advanced state of decomposition and those recommended for immediate burial by the health authorities.

But as the two-week ban winds down, Donovan Bell, owner of Bell’s Funeral Home, said that it did not harm his business but forced him to adapt and be flexible in the ongoing pandemic as the Government made the call in the best interest of the country.

“… Even for the two-week ban, I don’t think funeral directors should impose an additional cost on their clients because if someone chooses you to do something and there is a disaster, I think that we have to absorb that cost,” he told The Gleaner.

He suggested that corporate entities with which funeral homes do business also be considerate and suspend charges where necessary.

For other entities, the ban has been crippling, Orando White pointed out.

White, who offers audiovisual services at events such as funerals, said that the ban on burials has seen the heavy demand for such services come to a grinding halt with several cancellations.

“Before the ban, we found most persons were requesting remote viewing, pre-recorded tributes, live stream, etc., but we have seen a lot of cancellations,” he said. “I would say it was a drastic dip because before, we were getting double bookings and we would have to be reaching out to other persons in the field to cover [some events].”

He said if the Government were to ever extend the ban, it would be a serious cause for concern.

“This would be a major blow in the industry,” said White, pointing out that audiovisual support can allow for funerals to take place without breaching physical-distancing protocols.

Though aware of the possibility of persons breaching said protocols and not being able to afford the services, White believes a balance needs to be struck.

“It can be done. The technology is here, the people are here, and I believe once the security measures are enforced, people can avoid having another ban on funerals or a restriction with [fewer] people.”