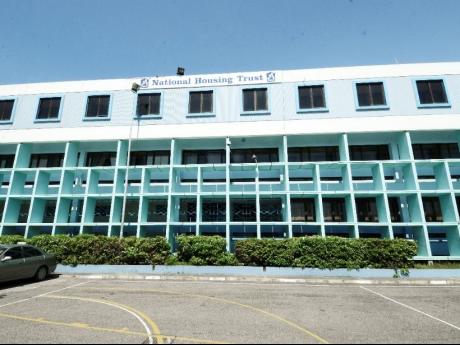 CAPRI described the NHT as having a “non-pro poor policy” as, despite its mandate of providing affordable housing for low-income contributors, wealthier income groups experience more benefits.

A recent analysis of Jamaica’s social safety net programmes has found that high-income earners are twice as likely to receive mortgages from the National Housing Trust (NHT) than low-income earners.

The Caribbean Policy Research Institute (CAPRI) in its Come Mek Wi Hol' Yuh Han': The Components of an Effective Social Safety Net for Jamaica report concluded that NHT is not an effective part of the country’s safety net.

Contributors earning more than $20,000 weekly are the highest income group served by the NHT, while those earning less than $10,000 are among the lowest income group.

Between 2009 and 2014, contributors in the lowest income group received 23 percent of the mortgages disbursed, revealing that most mortgages went to households that were well above the poverty line.

On average, the poorest income group has never received more than 19 percent of the value of mortgages distributed.

For example, in 2014, of the $21 billion disbursed, the poorest group of contributors received only $4 billion in mortgages.

“While the poor aspire to own a home, their priority is not to get a house. It is to know 'weh di next meal a come from' and contributing to the NHT does not help them to achieve this,” said CAPRI lead researcher, Monique Graham, at a web forum yesterday.

The report also noted that few low-income households access mortgage financing because the loan prerequisites are unsuitable to their circumstances.

The lead researcher reasoned that mortgages require regular payments over long time periods and many of the poor do not have the steady, reliable income stream that comes from a formal sector.

CAPRI described the NHT as having a “non-pro poor policy” as, despite its mandate of providing affordable housing for low-income contributors, wealthier income groups experience more benefits.

Meanwhile, Graham said the HEART/NSTA lowered its minimum requirements to make enrolment more attainable for vulnerable youths and though there was an increase, a lack of monitoring and evaluation has resulted in suboptimal outcomes.

CAPRI recommended that the skills training programmes be evidence-based and systematically monitored and evaluated.

“Otherwise, HEART/NSTA will remain an underutilised resource in preparing vulnerable populations of poor, unskilled youths and adults for the labour force,” read the report.