Ethiopia to get bronze bust of Garvey 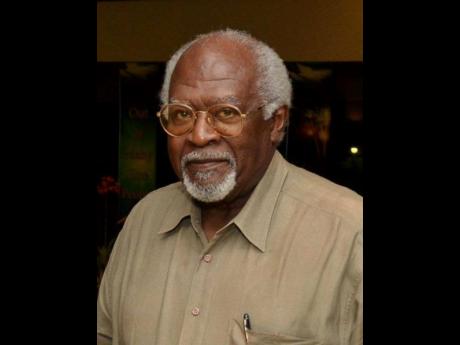 A bronze bust of Marcus Garvey will be installed at the African Union headquarters in Addis Ababa, Ethiopia, by August 17 to mark the 134th birthday of Jamaica’s first national hero.

This is the brainchild of Afroglobal Television, the 24-hour Canada-based network, the Marcus Garvey Institute under the leadership of its co-founder, chairman and son of the legendary Marcus Mosiah Garvey, Dr Julius Garvey, along with the Pan African Technical Association, Strictly Roots, National Association of Kawaida Organizations, The Whirlwind Group, and renowned Los Angeles, USA artist Nijel Binns.

The sculpture honours Garvey, who along with Emperor Haile Selassie of Ethiopia, Dr Kwame Nkrumah of Ghana and others, are hailed as fathers of pan-Africanism, the global movement for solidarity and success of people of African descent. Garvey, who called for a United States of Africa in the 1920s and went on to create the Universal Negro Improvement Association and African Communities League (UNIA & ACL), continues to inspire subsequent leaders.

“The sculpture will enshrine my father’s legacy at the African Union headquarters, demonstrate the importance of the diaspora as the sixth region of the African Union, and inspire Africa and our worldwide descendants, with his vision of unity and unbridled prosperity,” said Dr Julius Garvey, a vascular surgeon in New York.

Garvey’s Universal Negro Improvement Association and African Communities League had over six million members in 1926, with over 1,000 branches in 42 countries worldwide, including Canada, Britain and the USA.

“We are looking forward to documenting and promoting the sculpture project as a symbol of inspiration for present and future generations of the people of Africa and the Diaspora,” said Moses A. Mawa, president and CEO of Afroglobal Television, Silvertrust Media, and co-founder of the Marcus Garvey Institute, which is incorporated in Canada.

The family and supporters of Marcus Garvey’s legacy continue to call for his exoneration in the United States.

Michael Dawson, president of The Whirlwind Group, Strictly Roots and co-founder of the Marcus Garvey Institute, is urging people to contribute to the cost of completing, transporting the statue from the United States, and installing it in Ethiopia.

There is a similar bust of Garvey in the Hall of Heroes of the Organization of American States in Washington, DC.