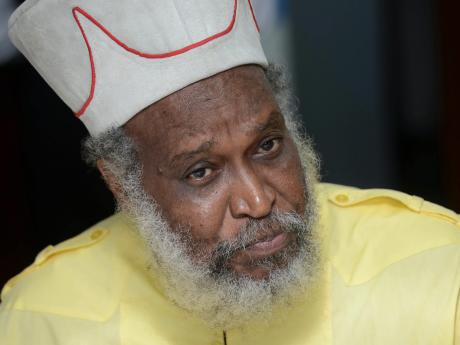 Lorne says he will be challenging his conviction.

Disbarred attorney-at-law Michael Lorne has been found guilty of fraudulent conversion and has been fined $750,000.

At the same time, Lorne was freed of five fraud-related charges.

Foote said today that Lorne will be challenging his conviction and that "we believe we have an appeal of significant merit due to the evidence."

In response to the outcome and the decision to appeal, Lorne said today that "all payments have been satisfied and I abide by my attorneys-at-law."

The charges against Lorne stemmed from the sale of a property in Rockfort, east Kingston in 2011.

The allegations were that Lorne forged transfer documents and a sale agreement in order to effect the sale of a $6 million property.

He has denied the allegations.

The property had belonged to two siblings and Lorne had represented one of them.

In 2015, the other sibling complained that she did not sign any documents in relation to the property and did not receive any payment.

A handwriting expert gave evidence at the trial.

Following his testimony, Foote argued that there was no evidence from the complainant that she interfaced with the handwriting expert and identified the documents to him.

Foote further argued that there was no evidence that Lorne made the forged documents or knew that they were forged as required by the Forgery Act nor did he knowingly conspire with anyone to defraud the complainant.

The parish judge agreed and upheld the submissions, freeing Lorne of those charges.

In relation to the fraudulent conversion charge, the complainant has been paid her share in the property, Foote said.

Foote, in his mitigation plea, asked the judge to be lenient on Lorne.

The judge, in imposing a fine, pointed out that the maximum sentence under the act was seven years.

Lorne was disbarred by a disciplinary panel of the General Legal Council in 2017 following a hearing into a complaint into the alleged handling of transactions concerning the sale of the said property.

He was found guilty of professional misconduct.

Lorne has appealed and attorney-at-Bert Samuels, who is representing him, says judgment has been reserved by the Court of Appeal.