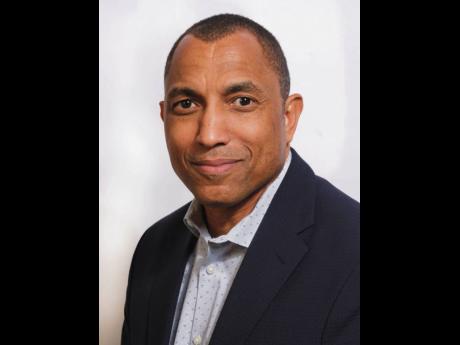 The fund was established last year to enable the black community to access a pool of long-term funding to help combat the impact of systemic, anti-black racism and promote social and economic empowerment in that country. The fund hopes to raise CDN$1.5 billion to fund direct, long-term business opportunities.

“The opportunity to be the first executive director for the Black Opportunity Fund brings together all of my leadership and marketing expertise, along with my passion for my community, to dismantle systemic, anti-black racism in Canada,” Wellington told The Gleaner.

A recent research report prepared by the Network for the Advancement of Black Communities and Carleton University’s Philanthropy and Non-Profit Leadership programme revealed that for every CDN$100 donated by that country’s philanthropic sector, only seven cents goes to black enterprises.

“The issue that we are trying to address is the wealth gap between blacks and whites. Black businesses and start-ups have significant challenges in accessing capital because of systemic, anti-black racism. Black community organisations are challenged to access grants,” he said.

Racism in Canada is not brought to the forefront of world consciousness as much as it is featured as a way of life in the neighbouring US, but Wellington attributed that to an effective public relations network.

“Anywhere there has been colonialism you have anti-black racism. We have this perception that George Floyd incidents don’t happen in Canada . That’s because Canada has this narrative that Canada was the end of the road for the Underground Railroad, but what people don’t know is that blacks ran away from Canada to the US for freedom. There was slavery in Canada,” he said.

Wellington pointed to the destruction of the Africville community in Nova Scotia as proof that blacks have always been subjected to degrading treatment by the Canadian state. Africville was a free black community occupied by freed blacks from the US, the Maroons from Jamaica and others, which was set up in the early 1800s. The community was denied basic facilities such as running water, roads and sewerage; and in 1958, a garbage dump was set up in the middle of the town, which was eventually destroyed a few years afterwards.

The BOF has mandated itself to empower black businesses by providing training and support in grant writing and application, all the way through to ensuring that the business venture is successful and properly run.

“The next step will be to develop the adjudication process through education, criminal justice, healthcare and business. We are trying to look at multi-year financing also,” he said.

Many of Canada’s black population have roots in Africa and the Caribbean, and Wellington said assisting entrepreneurs to invest in transnational trade is also on the cards.

“The BOF seeks to empower black entrepreneurs, many of whom trace their ancestry back to Africa, through the Caribbean. So it is natural that many of them would seek to facilitate trade between these Caribbean and African nations. The BOF stands ready to assist them. The BOF is built by blacks. We built the ship, we are steering the ship, and we are the crew,” Wellington said.

Wellington was born in Kingston and attended Wolmer’s Boys’ School before migrating to Canada at age 14 with his parents.

“I am a proud Jamaican. I remain committed to my roots and my family in Jamaica. I have established roots here in Canada and I have built a family,” he said.