Caribbean most tourism-dependent but starved of vaccines – Bartlett 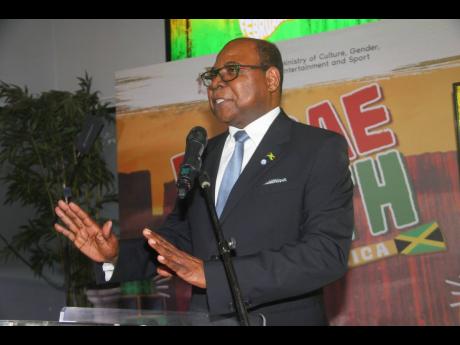 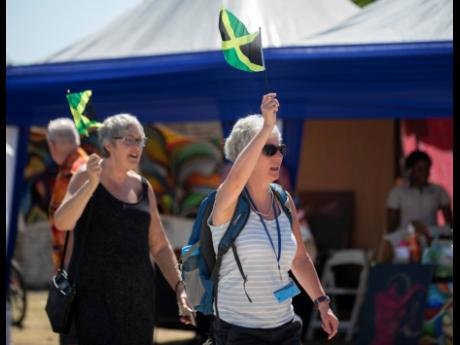 File
Jacqui Phillips (left) and Debbie Towersey from Gloucestershire in England wave Jamaicans flags as they walk to Fort Charles in Port Royal on a cruise stop in February 2020.
1
2

With many developed nations hoarding COVID-19 vaccines and shutting out several smaller nations from the market, at least one regional leader is calling for greater transparency over the development, procurement, allocation and distribution of the highly in demand jabs.

Jamaica’s minister of tourism and chair of the Organisation of American States (OAS) Working Group on the Recovery of Airline and Cruise, Edmund Bartlett, has warned that the global recovery from the pandemic will only be achieved through equitable distribution of vaccines.

Concerned and fearful that smaller countries such as Jamaica could get left behind, the tourism minister pointed out that with many nations lagging behind in vaccine delivery and administration, it could open the door to discrimination of non-vaccinated travellers who simply do not have access.

Bartlett was speaking last Thursday during the fourth meeting of the Inter-American Committee on Tourism, which had over 30 participants from member states, international organisations and industry partners in attendance.

His comments come on the heel of a report by the Global Alliance for Vaccines and Immunizations (GAVI), revealing that the introduction of a vaccine will prevent the loss of US$375 billion to the global economy every month, as well as reducing the tragic loss of lives and helping to get the pandemic under control.

Of importance, the report also points out that global equitable access to a vaccine, in particular for front-line workers and the most vulnerable in the society, is the only way to mitigate the public health and economic impact of the pandemic for an effective recovery.

Coupled with the GAVI report, the Bloomberg Vaccine Tracker also estimates that more than 400 million doses of the vaccines have been administered across 132 countries. The latest rate was roughly 9.64 million doses a day. The same source indicated that in the United States, more Americans have received at least one dose than have tested positive for the virus since the pandemic began, with upwards of 113 million doses administered thus far.

“In the week beginning March 7, 2021, an average of 2.47 million doses per day were administered. This daily dosage would have represented vaccination for 84 per cent of the Jamaican population,” said Bartlett.

In reality, the Caribbean and Africa lag behind in the vaccination programmes when compared to other regions and countries, yet the Caribbean is the most tourism-dependent region in the world.

This brings into the spotlight even more concerns, should the touting of a vaccine passport come into effect, while smaller nations grapple with inaccessibility.

In his response, Bartlett admits that the benefits of a document to prove that travellers are protected against the virus is certainly an attractive feature for the aviation, cruise industries and tourist destinations eager to rebound to the successful 2019 international tourism levels. Admittedly, the idea of a vaccination certificate is not new, noting the World Health Organization’s (WHO) International Certificate of Vaccination or Prophylaxis.

Bartlett is suggesting that the WHO should take up the mantle of coordinating any restrictions or protocols surrounding vaccination requirements for travel in order to limit the possibility of a proliferation of different tools which could confuse the process.